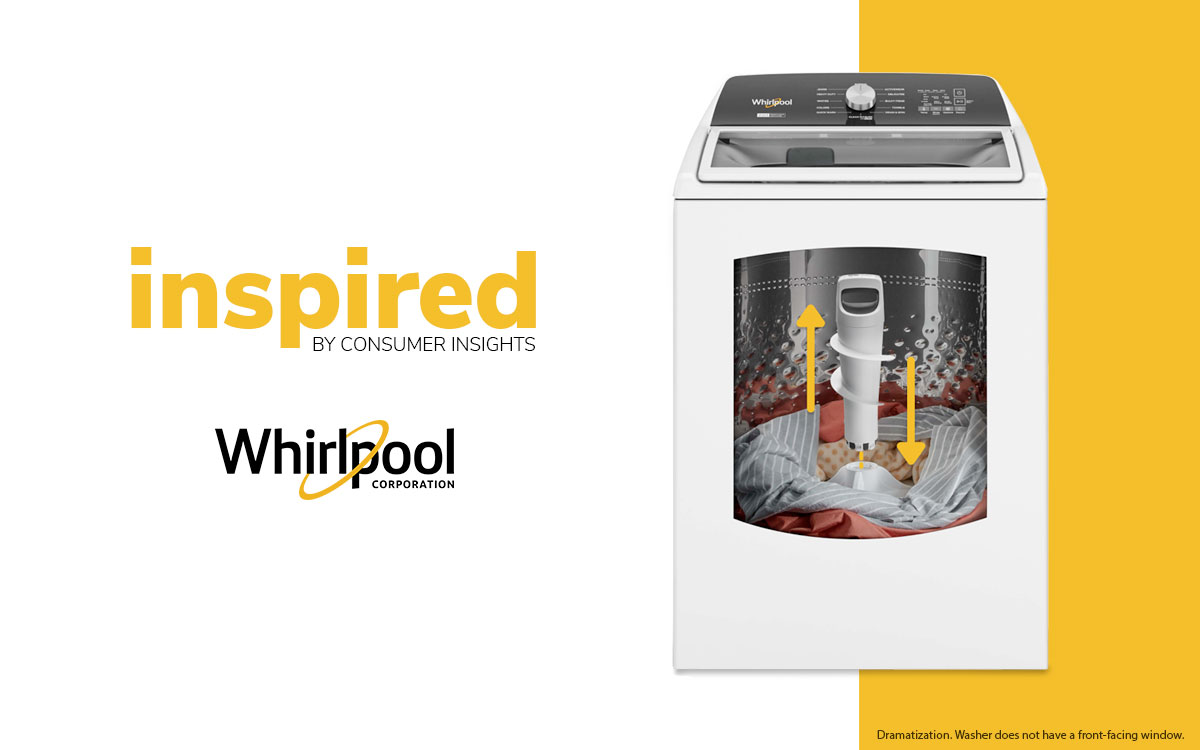 As the story goes, Whirlpool Corporation’s Global Product Organization VP Pam Klyn was home for the holidays with her family and was asked questions by her mother about buying a new washer—an experience many employees often run into during family events. She had a front load washer but was thinking of switching to a top load, but wanted it “like a front loader so it didn’t have the agitator taking up space.”

The actual origination of the idea to make a washer with both an impeller and an agitator was inspired by consumer insights a few years earlier.

“A group of engineers from our Wash Performance Team had attended market research sessions and they were debriefing with me on some key observations,” says Klyn. “They noted that a few of the consumers had switched from front load or top load high efficiency washers (impeller-based) back to agitator-based top load products. I asked why, and it had to do with a perception of cleaning clothes better with an agitator. So I asked, ‘why can’t we have a removable agitator?’” says Klyn. “It’s there when the consumer wants it, but they can remove it for the occasional load of large, bulky items.

The team then went to work, and after rounds of design and testing, delivered the 2-in-1 Removable Agitator, which was released in certain Whirlpool brand washers in 2021. 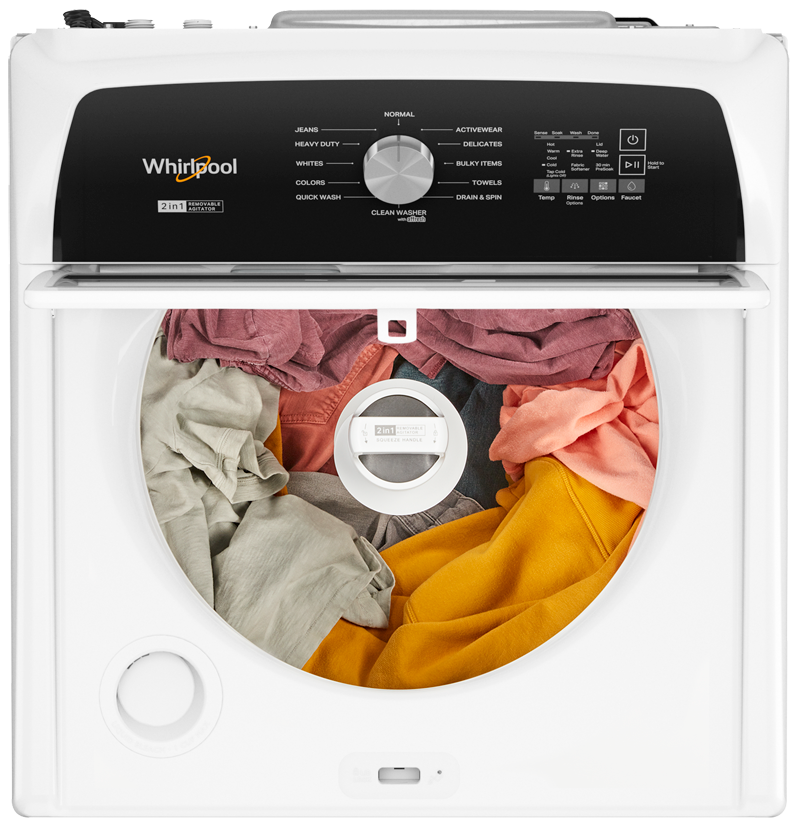 “There’s always a good story like this that goes along with these types of product developments,” says Nick Schooley, who was lead engineer on the project. “It’s an innocent question. There’s more mechanical wash action from an agitator, but the extra room provided in a wash tub when that agitator is removed is perfect for fitting in large items like comforters or towels. Some delicates can get twisted around agitators, so impellers work better for those types of loads.”

Impellers are fairly new on the scene, and account for about half of washer sales. Americans tend to love their good old fashioned agitators, though, just like the ones found in their mother’s or grandmother’s washing machine.

“We wanted to provide more options to our consumers to be able to wash the way they want to wash,” says Schooley.

Consumers can simply grasp the agitator post, twist it, and it releases from the base, giving people the best of both worlds on wash day.

“There was a series of research experiences we conducted, where we brought in participants to interact with different prototypes, trying to understand how to best accomplish this project,” says Schooley. “Eventually we landed on a really natural handle grip, with very few moving parts, to keep it simplistic.”

During the testing, Schooley says that one participant actually “jumped for joy and clapped” when they tried out the prototype. “We expected it to do well,” says Schooley, “but we never expected consumers to have such an emotional response. It’s really exciting to hear how it has changed their laundry habits.”

Adding to the praise from trade customers and consumers, the Whirlpool brand top load washer with 2-in-1 Removable Agitator received an array of awards and recognition, including Good Housekeeping’s 2021 Cleaning Award for “Most Innovative Washing Machine,” Reviewed.com’s “Best Traditional Washer of 2021,” Fast Company’s “Innovation By Design” award, and Popular Science’s “Best of What’s New 2021” award.