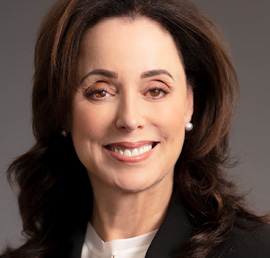 Gerri T. Elliott was appointed a director of Whirlpool Corporation in February 2014. She is a member of the finance committee and the human resources committee of the board of directors.

Elliott joined Juniper in 2009 from Microsoft Corporation, where she held a series of senior executive positions, including corporate vice president of the company’s Worldwide Public Sector organization. Prior to joining Microsoft, Elliott spent 22 years at IBM Corporation, where she held executive and management positions in strategy development, services and consulting, product management and sales leadership.

Elliott holds a bachelor’s degree in international politics from New York University. She serves on the advisory board for the Center for Executive Women at Northwestern University’s Kellogg School of Management. Elliott is a 2013 YWCA Silicon Valley Tribute to Women (TWIN) award winner, honoring executive women who exemplify excellence in executive level positions. Elliott also founded Broadrooms.com, a site devoted to executive women who serve or want to serve on corporate boards.