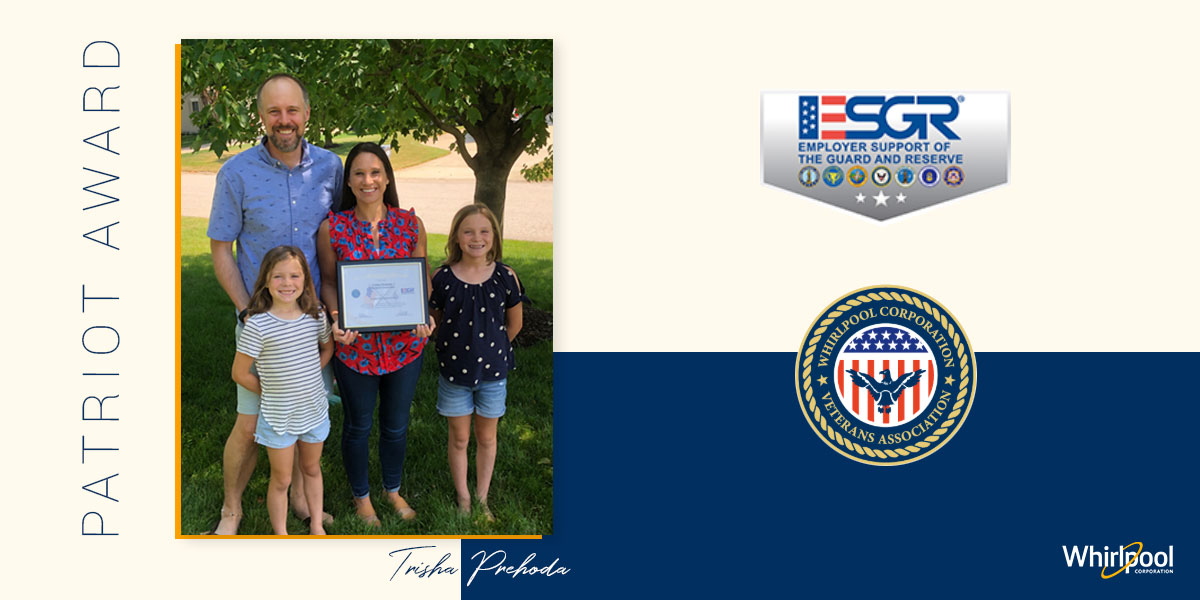 Global Strategic Sourcing Senior Manager Trisha Prehoda of Whirlpool Corporation was presented with the ESGR Patriot Award from the U.S. Department of Defense in recognition of her commitment to extraordinary support of team member Aaron Huffman who serves in  the United States Marine Corps Reserve. Prehoda was nominated by Huffman.

Employer Support of the United States Guard and Reserve (ESGR), a Department of Defense program was established in 1972 to promote cooperation and understanding between Military Reserve Component Service members and their civilian employers. The Patriot Award, the first in ESGR’s series of awards reflects the efforts in supporting citizen warriors through flexible schedules, time off prior to and after deployment, caring for families, and granting leaves of absence if needed.

Huffman says, “Trisha has displayed unprecedented support of my service in the United States Marine Corps Reserve.” He further went on to say, “When my unit was rapidly mobilized for deployment earlier than expected, I requested a leave of absence. Even with this complication, her support only increased, all while knowing the large void my absence would leave on her and the team.”

“Her actions greatly reduced my stress and allowed me to focus on my mission and prepare my family for the upcoming deployment. Trisha’s exemplary selfless support to my career, the United States Marine Corps Reserve, and the United States of America is absolute confirmation of her deserving the Patriot Award.”