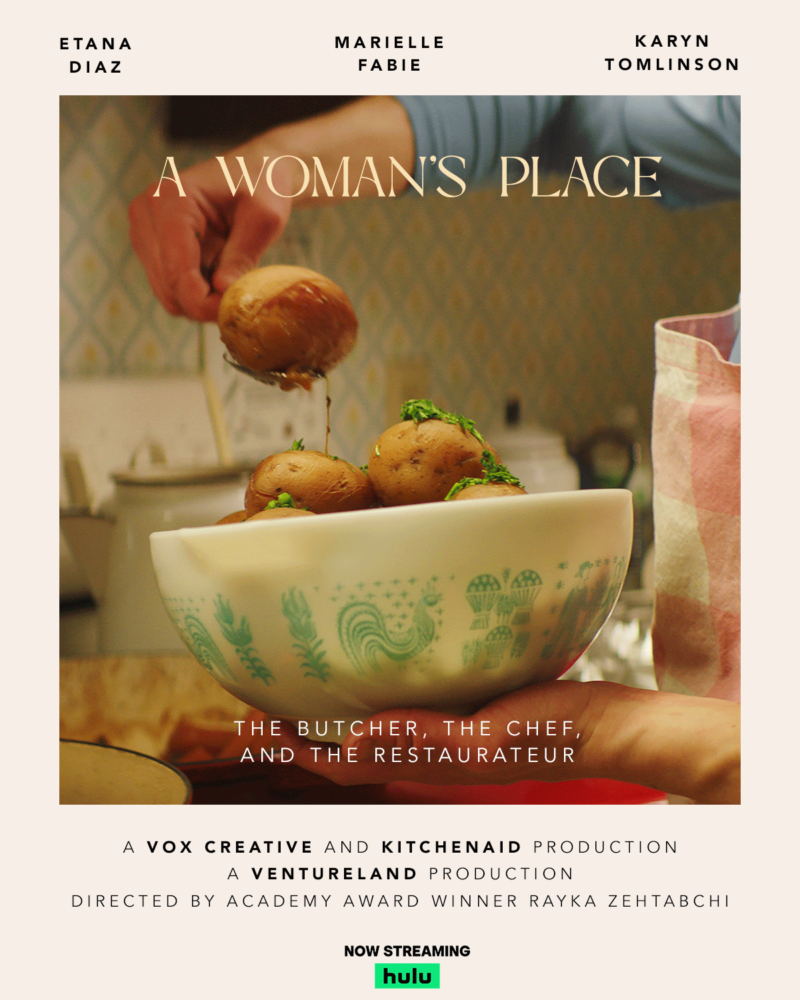 “We determined there was a need to stand for something, and we saw that our consumers wanted to know what the brand truly stands for,” said KitchenAid brand manager Priyanka Rathore.

This need led to the creation of a short documentary film called “A Woman’s Place,” now streaming on Hulu. The film raises awareness of the harsh inequalities women in the culinary profession face, and is an initiative to empower and elevate them.

“KitchenAid is a brand that wants to be known for storytelling and emotionally connect with its target audience–the passionate makers,” said Rathore. With this initiative, we are serving the brand purpose, which is to create possibilities in the kitchens.”
​
In partnership with Vox Creative, Digitas and Ventureland, the 30-minute documentary, directed by Academy Award Winner Rayka Zehtabchi, provides a provocative and honest look at the biases and barriers women face in the culinary industry through the stories of three inspiring chefs who are pushing for change.

“What inspired this whole program was the statistic that over 50 percent of culinary graduates are women, but less than 7 percent are executive chefs,”* said Mark Book, Digitas head of content for North America. So what we did was partner with Vox and their internal journalism company called Epic to find stories of three different women who were trying to elevate themselves from a mid-level position to a higher-level position in the culinary industry.”
​
More than 100 women were researched, with three finalists appearing in the film and telling their very personal stories.

“Ryka does an amazing job of really showing their vulnerability and what they’re all about, and you get to know these women and you feel for these women, and you become emotionally attached to their storylines,” said Book.

Instead of making KitchenAid products or food the main focus of the piece, the director placed each woman’s personal career struggles into the spotlight.

“In food content, it’s easy to get caught up indulging in the delicious cinematic imagery of food,” said Zehtabchi. “But with this project, it was all about indulging in the characters themselves. It’s an intimate snapshot of a few women fighting for their place in the culinary industry, and that’s something I really resonate with as a young female filmmaker.”

A unique partnership with the James Beard Foundation (JBF), a national non-profit culinary arts organization, complements the film through a custom mentorship program, presented by KitchenAid, and aimed at developing and advancing women in the culinary arts.

“We wanted to back up the documentary with action,” explained Rathore, who led the project. “That’s why we partnered with the James Beard Foundation and created this custom mentorship program to support women.”

Hulu subscribers can visit the “Women’s Equality” collection on the platform to watch the film, alongside a collection of more than 50 TV shows and movies that honor diverse women trailblazers in their field, and reflect on the progress made in the fight for equality for all women. “A Woman’s Place” launched during the last week of August on Hulu, and has already received praise from viewers. 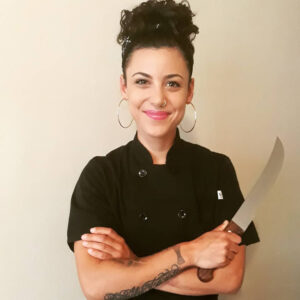 “The reactions that we’re seeing from people are incredible,” said Rathore. “We are building a movement where others are joining in by sharing their own experiences. By talking about such issues, we hope to change mindsets–which is the ultimate goal here.”

This film is a great example of how brands can work together with creatives to produce content with the potential to touch people and spark change.

“We had an incredible team of collaborators who encouraged us to think big and push the boundaries of what a cinematic documentary can be, and I’m so proud of what we created,” said Zehtabchi.

KitchenAid Senior Brand Manager Megan Pirri said this is just the beginning of the brand’s commitment to tell great stories, with more content to come.

“This project is special because it’s very purpose-driven,” Pirri said. “I see us building on ‘A Woman’s Place’ to potentially tell more women’s stories, and to continue building the conversation and the momentum around it with similar stories on other topics.”

Hulu subscribers can click here to watch the film. To learn more, go to kitchenaid.com/awomansplace