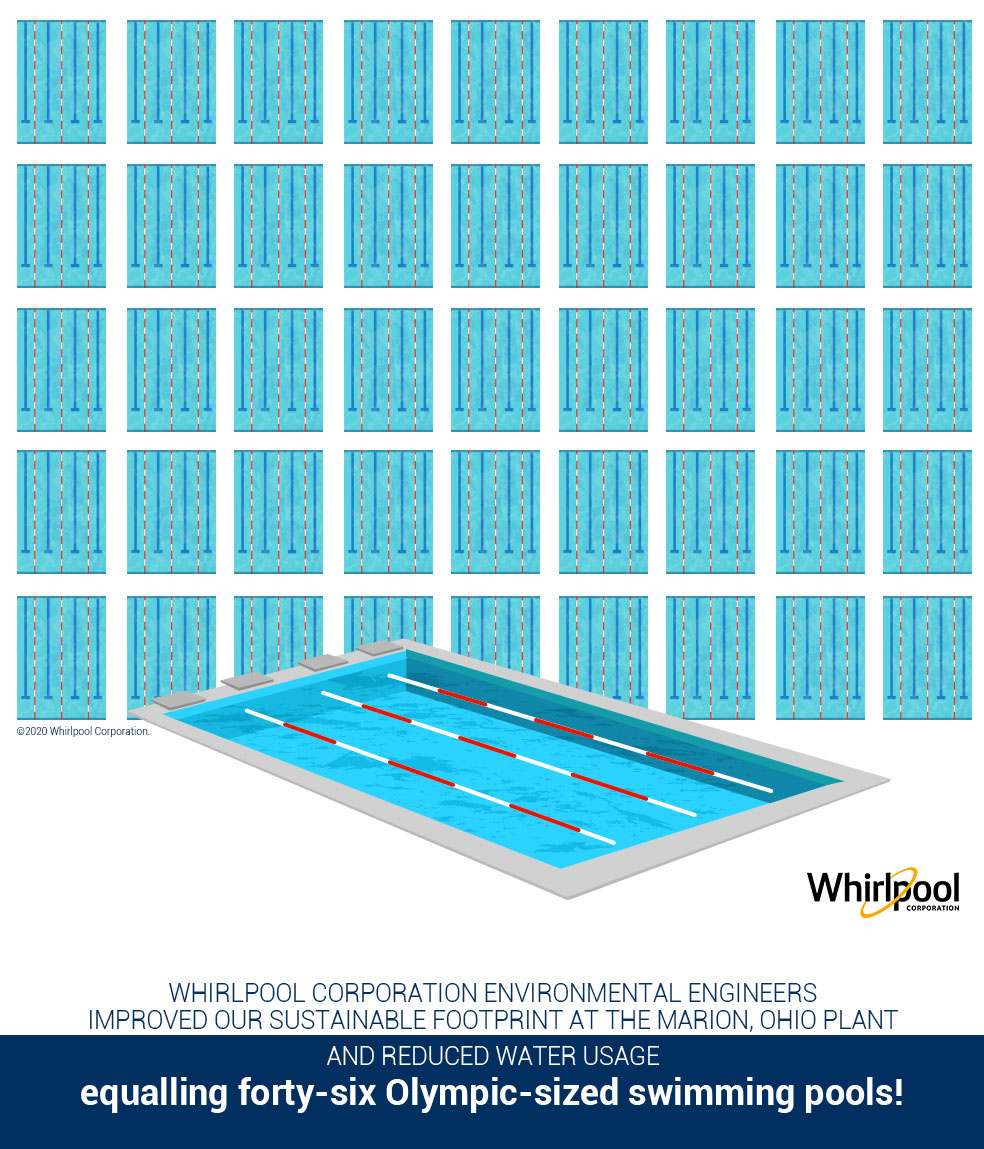 That’s how much water the environmental team at Whirlpool Corporation’s manufacturing facility in Marion, Ohio determined they’re saving each year thanks to an innovative and resourceful approach to painting the clothes dryers that are assembled at the plant around-the-clock.

Richard is responsible for developing sustainable solutions for Marion’s operations, including efforts to improve recycling, waste disposal, and energy usage.

When it comes to reducing Marion’s water consumption, Richard and his team audit the entire campus—a daunting task considering Marion is the largest clothes-dryer plant in the world.

“You’ve got to go around the entire facility and record every use of water throughout the plant,” Richard says. “Once you quantify that data, you start identifying opportunities to conserve water consumption.”

Last year, one of those opportunities presented itself in Marion’s paint operations which uses water between coatings.

“The steel exterior of a dryer at Marion will go through several different treatment stages when it’s painted,” Richard says. “Some of these stages have chemicals. Others have water. The water helps rinse the exteriors to prevent chemicals from carrying over into other stages.”

Previously, to help keep the water in the rinse cycle chilled and at a consistent temperature, it needed to be constantly refreshed, requiring 80 gallons of cool, fresh water per minute. Before 2019, the plant relied on a local water supply for the operation.

After examining water usage data collected throughout the plant, Richard and his team determined there was a more innovative and sustainable approach to controlling the temperature of the water. They turned to pre-existing equipment at the facility, including employing the use of an industrial chiller initially installed for another application at the plant. 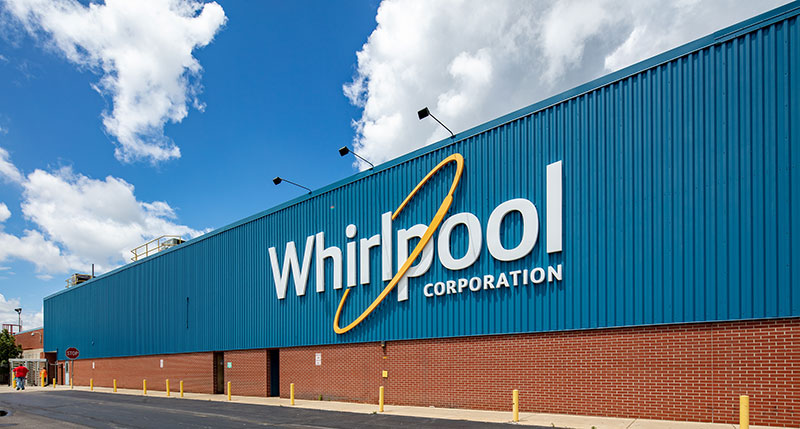 “Access to these resources, such as an oversized chiller, enabled us to accomplish the project quickly and successfully,” Richard says.

The change has resulted in a 20 percent decrease in water usage for the plant.

“World Class Manufacturing is our lifeblood,” Richard says. “While we set goals and priorities for the year, we’re looking for new sustainable solutions daily.” Richard and his team have since established additional process improvements at Marion to reduce the facility’s reliance on fresh water.

In all, Richard estimates actions such as these are saving Marion about 31 million gallons of water each year.

“The end goal is always zero—zero waste, zero water consumption,” Richard says. “It’s just a matter of continuous improvement to get there.”