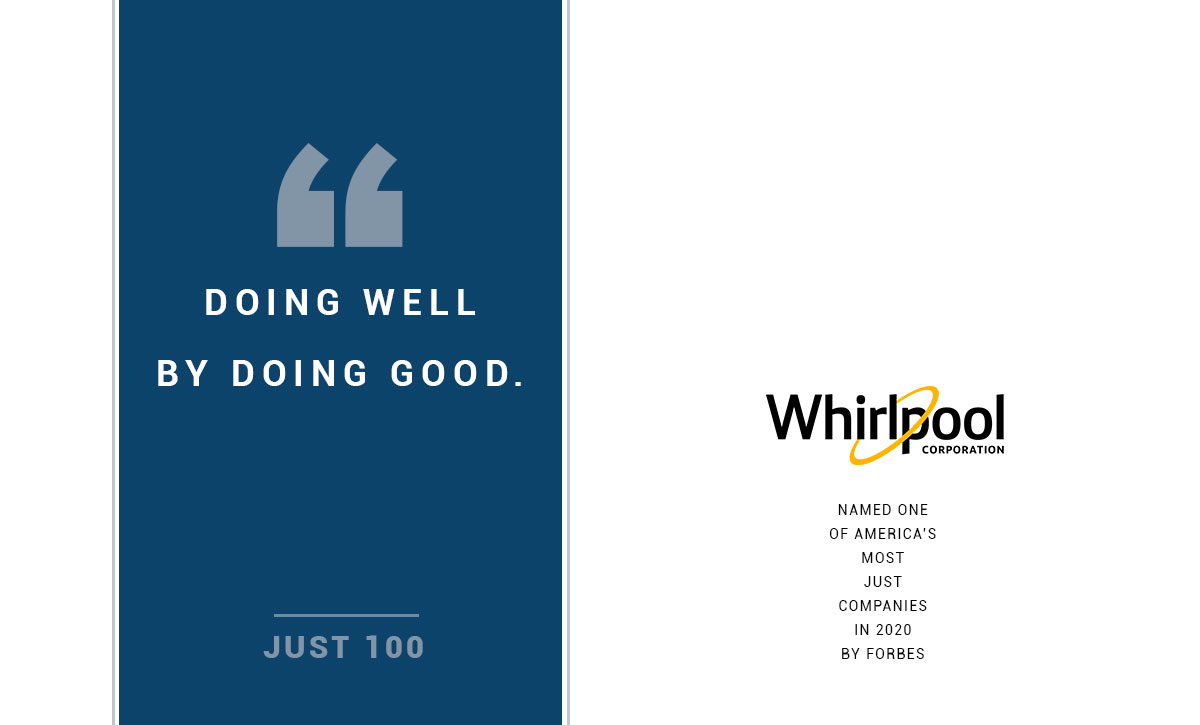 Whirlpool Corporation again was named one of America’s Most JUST Companies for 2020, awarded by Forbes and JUST Capital, a nonprofit organization recognizing the top 100 out of 922 publicly-traded companies in the United States.

JUST Capital surveyed 95,000 Americans on the nation’s priorities and what they felt corporations should do about it. This year, good jobs, fair pay and equal treatment of workers topped the list. Driving factors in becoming a greater force for good on the JUST 100 list were those companies that understand the value of strong communities and how they care for the places where they operate, leadership transparency, environmental sustainability, customer care, and how they treat shareholders.

The company’s sustainable focus empowers each community and neighborhood where it has a presence. Whirlpool has collaborated over 20 years with Habitat for Humanity International®, committed $107M to Habitat, and its work with United Way® funds hundreds of nonprofit campaigns within its communities that target education, income, health and basic needs. Whirlpool is proud of the 400,312 community volunteer hours reported from more than 900 employees in 2019.

Environmentally, Whirlpool Corporation is the first appliance manufacturer in North America to join the Science Based Targets initiative (SBTi) — the leading independent assessor of emissions targets, and has an ongoing commitment to delivering on its environmental goals and meeting or exceeding the levels required by the Paris Agreement.