Whirlpool has launched the 4th edition of the educational project “Moments Not to Be Wasted”, which will involve over 2 million people in Europe 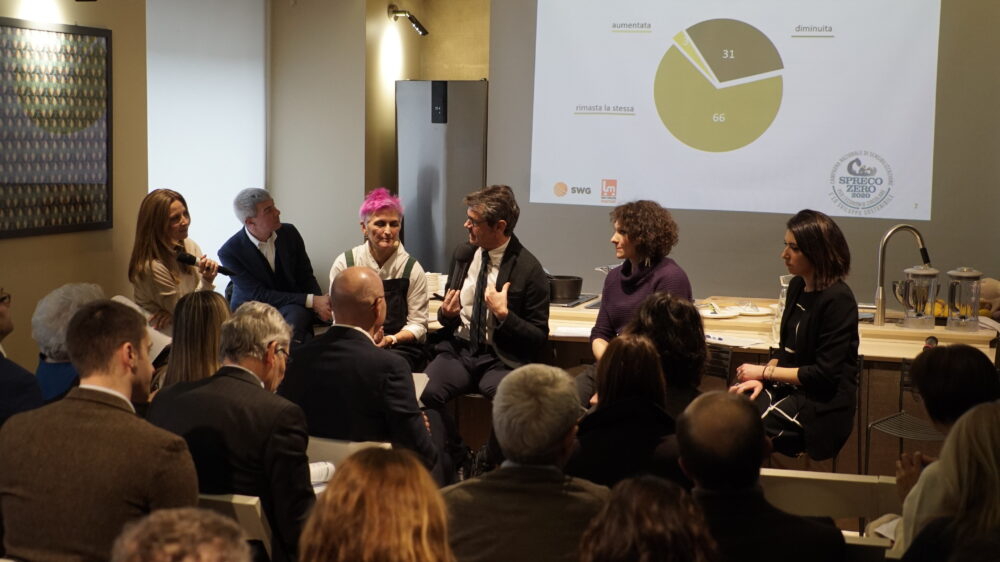 Pero (MI), 15 January 2020 – A more sustainable diet can contribute to saving our planet and everyone must play their part, as only by tackling food waste together there can be a real and long-lasting impact.

This is the commitment that institutions, civil society and businesses insisted on during the event “Let’s not waste food: for a more sustainable diet“, which was held today in Milan and saw the presence of the main actors involved in the fight against a dietary model that is no longer acceptable. 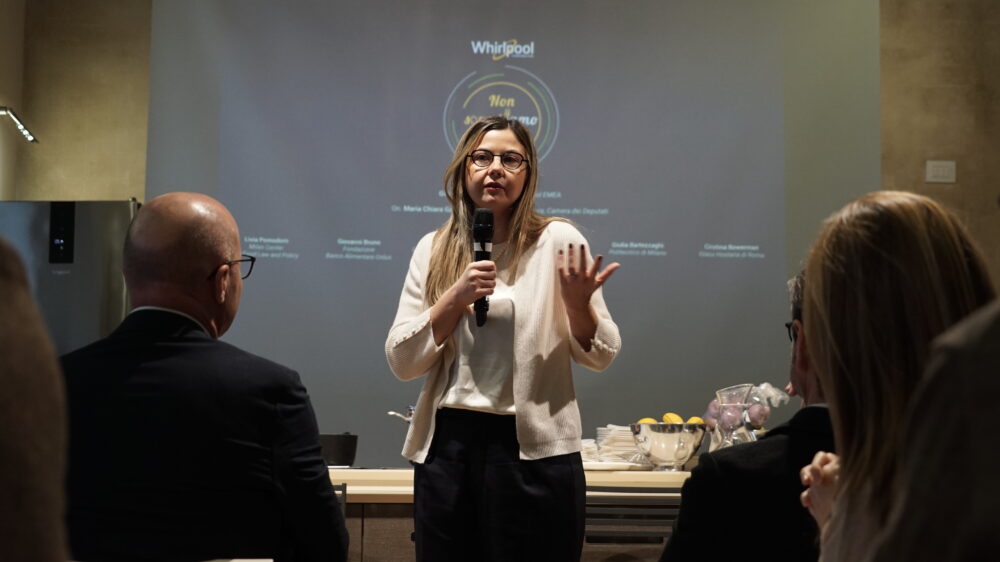 The debate, opened by Hon. Maria Chiara Gadda, member of the Agricultural Commission of the Chamber of Deputies and promoter of the law 166/2016 against food waste, saw the presence of Livia Pomodoro, President of the Milan Center for Food Law and Policy, Andrea Segrè, Professor of Agricultural Policy at the University of Bologna, Founder of Last Minute Market and the Spreco Zero campaign, Elena Buscemi, Delegate Councilor for Work and Social Policies of the Municipality of Milan, Giovanni Bruno, President of Fondazione Banco Alimentare Onlus and Giulia Bartezzaghi, Director of the Food Sustainability Observatory at Politecnico di Milano.

Awareness on the issue is well-rooted in Lombardy, with citizens paying increasing attention to assuming a virtuous behavior: according to the Waste Watcher Observatory of Last Minute Market/SWG, in fact, 50% of local families happen to throw away food less than once a month, slightly better than the national average, 48%. Only 4% of respondents say they waste food several times during a single week, compared to 7% at national level.

31% of citizens in Lombardy also declare that they have noticed significant decreases in the amount of food wasted at home, demonstrating a change in their consumption habits. For example, 69% of interviewees recommend prioritizing a preventive check on the quantities of food to buy, while 62% declare that they freeze what they cannot eat in the short term. Lastly, 59% pay attention to the quantities used when preparing meals.

It is then essential to raise new generations’ awareness on the importance of not wasting food: according to the Last Minute Market/SWG Waste Watcher Observatory, 33% of families in Lombardy consider the role of schools in food education as central. 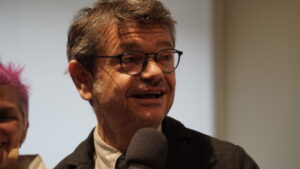 “The commitment to sustainable development, circular economy and waste prevention” – explains the agro-economist Andrea Segrè, founder of Last Minute Market – “goes through the monitoring of behaviour and therefore through data, because the cultural turning point, which is a compulsory step for the reduction of domestic food waste (which accounts for two thirds of total waste), requires awareness above all. Last Minute Market, a pioneering social enterprise in the recovery of surpluses, has been raising awareness for ten years among citizens, institutions, schools and stakeholders through the Zero Waste campaign. In Italy there have been important results: six years ago (2014) one Italian out of two declared they threw away food almost every day, in 2019 only 1% of respondents said they throw it away daily. Much remains to be done, however: food waste remains firmly at the top of the nefarious ‘hit’ of waste even in Lombardy, involving 63% of respondents (against 74% of the national figure), followed by water waste (54%), electricity waste (27%), waste in mobility (22%) and energy/gas waste (21%)”.

A central role in tackling food waste can be played by the private sector too. Whirlpool EMEA is strongly committed to fostering product innovation and spreading a culture of sustainability, implementing projects that have a real impact on the communities in which it operates. 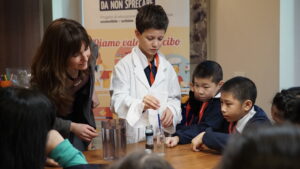 As proof of its ongoing efforts to achieve the UN’s Sustainable Development Goals, the Company announced the fourth edition of Moments Not to Be Wasted, a recreational and educational project that in its latest 2019 edition involved 1 million people and over 1,600 primary schools throughout Italy, Poland and Slovakia, with the purpose of raising awareness of the social and environmental value of food among the younger generations, along with the importance of not wasting it. The fourth edition has grown, reaching the UK and engaging a total of 2,500 schools and 2 million people in Europe.

“According to the latest data, domestic food waste in Italy is worth 12 billion euros a year” (Diari di Famiglia di Università Bologna Distal, Min. Ambiente, Spreco Zero) – commented Alessandro Magnoni, Senior Director Communication and Government Relations Whirlpool EMEA “For this reason, we believe it is necessary that large multinational companies like ours become actively involved in its elimination, through the design of increasingly energy-efficient tools and through a growing awareness of the respect for the resources by those who use them. Food is energy for life and at Whirlpool EMEA we aim to be the best kitchen possible, where food is given the right value”

“The ‘anti-waste’ Law 166/2016, the first law of circular economy in Italy, provides for tools and opportunities by creating a network between non-profit organizations and companies, for an efficient management of surpluses” – said Hon. Maria Chiara Gadda, the first signatory of the law. “In Lombardy, as the data presented today show us, we have fertile ground thanks to the realities of the Third Sector and companies that, by networking, make recovery much more efficient. The local authorities in the area are also proving to be pioneers: Milan, Varese, Bergamo, and some smaller municipalities have included the Tari discount for those who donate. The project presented today by Whirlpool EMEA” – she concludes – “is a further step in the construction of an anti-waste culture, investing in education for the new generations”.

To further strengthen its commitment in the fight against food waste, Whirlpool EMEA has renewed its membership of Spreco Zero, the European awareness campaign for sustainable consumption by Last Minute Market, the association promoting – in partnership with the Ministry of the Environment – the National Day on this issue. In this perspective, the partnership with the “Fondazione Banco Alimentare” continues: Whirlpool EMEA supports the Organization in the recovery of food surpluses and their redistribution to charities.

In 2018, Hotpoint launched its EMEA-wide “Fresh Thinking for Forgotten Food” campaign, together with brand ambassador Jamie Oliver, to raise awareness on the global issue of food waste and inspire consumers to take an active role in reducing waste at home.

The cross-platform campaign, now in its third year, supports the brand’s vision for a better Food Care Culture, promoting the enjoyment of great food while cutting back on waste at every step of the food journey, such as how we buy, store, cook and recycle food items. Innovative technology plays an important role in this journey, and Hotpoint aims to be a part of the solution by helping consumers better preserve and cook their food with its high-quality appliances.

With the ongoing Fresh Thinking campaign, Hotpoint and Jamie Oliver seek to encourage consumers to make more mindful decisions in the kitchen and minimize household food waste through educational and inspirational content, such as exclusive recipes and cooking tips.

For more information about the Moments Not to Be Wasted project visit the site www.momentidanonsprecare.it