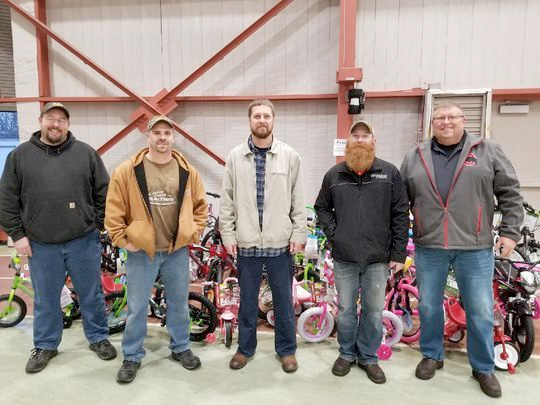 Eddie Hatfield, a father of six, said he always wanted to give back to children, and two years ago started collecting money from his fellow tool makers at Whirlpool Corp. in Clyde to donate bikes to children for the Toys for Tots program.

After collecting enough money to donate 15 bikes in 2015 and 24 in 2016, Hatfield said the tool makers’ generosity continues to grow, and this year a record 36 bikes will be given to Sandusky County kids on Wednesday.

“We are hoping to collect 40 next year,” Hatfield said. “It just keeps getting bigger and bigger.”

Bikes were purchased through the Fremont Wal-mart with the assistance of a Wal-mart grant of $750, Hatfield said.

“There’s a lot kids out there in need, and I started this because I thought when I was a kid, it would have been great to get a bike,” Hatfield said. “I always hear kids say they want bicycles for Christmas so I talked to my buddies at work and we put our money together and raised $1,470.”

Read the full story by The News-Messanger >>>