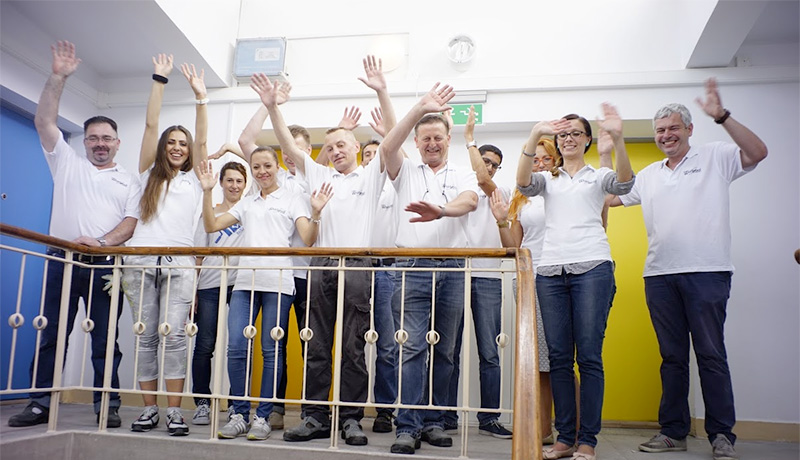 Warsaw – Today seven ready-to-live-in apartments are delivered to vulnerable young orphans and youngsters leaving Orionine Fathers Centre for Juvenile Social Reintegration in Anin. Some of them will be able to move into their new homes by the end of summer holidays, and so at the beginning of September they will start their adult lives, in places they will be calling “their own”. 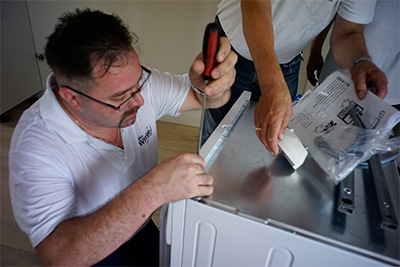 Hundreds of hours of hard volunteers’ work, tonnes of building materials, plenty of sweat and fatigue, but also a huge sense of satisfaction. Everything started last year with an ambitious plan by Habitat for Humanity Poland, a Christian charity organization, whose main goal is to eliminate housing problems and homelessness around the world. The plan was to help young protégés from a care and educational center in the process of social reintegration. That was to be achieved through preparing seven adaptive apartments in a building located at 12 Brechta Street, in Warsaw, in the Praga district. In those premises, after reaching 18 years of age, certain young people will be able to continue the process of social reintegration, leading new adult lives, for a period of 2 to 3 years.

Whirlpool has supported the project by realizing the Polish version of the global campaign “Every Day, Care”. The company plays a key role in the project thanks to almost 40 employees volunteering, financial support and supply of household appliances. The project saw the participation of other firms, such as Saint-Gobain, H.Stepi CEE Charity (Raiffeisen Bank), Dow Chemical Company, Turner&Townsend, Metlife Polska, thus forming a coalition.

“In line with our tradition of caring for people and our commitment to maintain strong connections in the communities where we do business, this year we had the opportunity to take part in Every Day, Care in Poland, one of our most important markets in our EMEA (Europe, Middle East and Africa) Region”, said Karim Bruneo, Corporate Citizenship Manager, Whirlpool EMEA. “Together with Habitat for Humanity and other sponsors we managed to create affordable social apartments for protégés of orphanages and care and educational centers, who are in difficult financial situation. Our people are very proud of the initiative.” 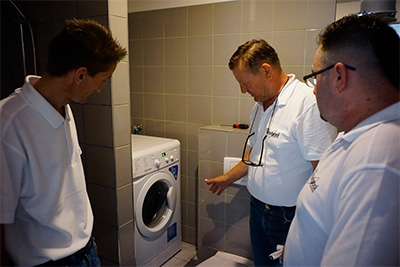 “The partnership with Whirlpool Corporation represents one of key strengths helping Habitat to improve housing conditions for people in need in Poland and around the world. We highly appreciate Whirlpool’s long term commitment and passion to continuously explore new dimensions of our cooperation, to better address the needs of Habitat families and beneficiaries”, said Magdalena Ruszkowska-Cieślak, Programme Director at Habitat for Humanity Poland foundation.

Twelve Polish Whirlpool employees (from Warsaw, Łódź, Radomsko and Wrocław) participated in the first voluntary initiative which took place in November 2015. There were also twelve people from Italy, Great Britain, Sweden, Turkey, France, Germany, Slovakia, Portugal, Spain, the Netherlands and South Africa – all of whom voluntarily helped with adapting the apartments in the Praga district of Warsaw. Along with that, fourteen Polish volunteers took part in the action directly, preceding handing over the apartments.

In more than 17 years of partnership with Habitat for Humanity, Whirlpool Corporation has developed active programs in more than 45 countries with a commitment of more than $95 million. In the United States and Canada, the company has donated more than 175,000 ranges and refrigerators to new Habitat homes, serving more than 87,000 families. Additionally, Whirlpool has donated more than 41,000 products to Habitat ReStore retail outlets, helping raise nearly $5.7 million. The company has engaged thousands of employee volunteers, sponsored nearly 170 homes and donated products to more than 75,000 Habitat families in Europe, Middle East and Africa. Whirlpool supports Habitat’s work around the world through product donations, financial contribution and/or volunteerism. For more information, visit https://whirlpoolcorp.com/social-responsibility