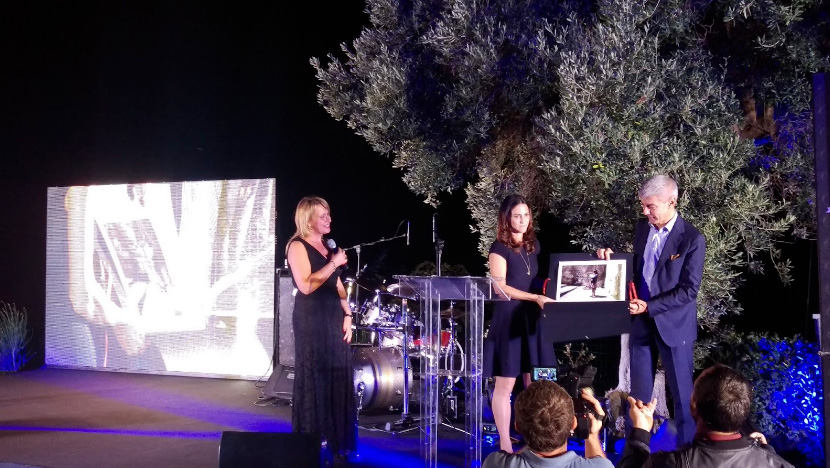 At the Amato Lamberti Awards, the “Whirlpool Corporation Prize” goes to ActionAid Italia

The prize ceremony of the “Amato Lamberti” Social Responsibility Awards, which focus on the themes of legality and civic commitment and publicly acclaim the best social responsibility initiatives as a model for active citizenship, was held today at the Nisida European Studies Center in Naples. Named after a sociologist who was a leading expert on camorra phenomena, the Awards are organized by Associazione Jonathan Onlus and Gruppo di Imprese Sociali Gesco with support from Whirlpool Corporation.

“Whirlpool Corporation has always been an active promoter of a model for social commitment and sustainable development in all the regions it operates in. A company cannot, must not pursue profit as its sole aim. On the contrary, it is also called upon to perform the social function of improving the living conditions of people in local communities,” commented Alessandro Magnoni, Senior Director Communication and Government Relations, Whirlpool EMEA. “Our collaboration with Associazione Jonathan Onlus is a good example of how alternative ways of doing business are not only possible but can also produce value added over time.”

Silvia Ricciardi, president of Associazione Jonathan Onlus, commented: “We’re happy to be able to share our project with Whirlpool Corporation for the third year running and with our partners give awards for concrete examples of social responsibility, active citizenship, solidarity and ethical sensibility. We’re convinced that in the current system, which is seriously impeded by bureaucracy and lack of resources, social responsibility has become an essential part of our country’s welfare.”

Whirlpool Corporation contributed to the 3rd year of the Awards by setting up the Whirlpool Corporation Prize, which went to ActionAid Italia for its outstanding efforts at national and international level for projects of social inclusion and in fighting food wastage worldwide.

Sofia Maroudia, Chief of Operations at ActionAid Italia, said: “We thank Whirlpool Corporation for this prize, which gives further impetus to our daily commitment against hunger, poverty and social exclusion. We work in Italy, as in over 40 other countries in five continents, inspired by the same principles, because marginalization knows no boundaries or latitudes. We firmly believe that inequality can only be eliminated by engaging all the players – corporations, governments and associations – in a shared effort towards change”.

Whirlpool’s commitment to local communities is also in the form of donating appliances to the Juvenile Penal Institution in Nisida to meet the needs of the facility and its beneficiaries.

The Awards are organized under the aegis of the Presidency of the Italian Republic.

Partnership with Associazione Jonathan Onlus. Initiated in 1998 with Indesit Company, the partnership with Associazione Jonathan aims to bring young people with social and delinquency problems back into the community by developing educational and innovative instruments and raising awareness of the importance of abiding by rules, starting with workplace rules of conduct. The project enjoys the patronage of the Justice Ministry and in 2008 received a commendation plaque from the Presidency of the Republic. Over the years it has enabled around 100 young people to make a full return to the community and recover their identity and social roles based on shared values. Another area of collaboration between Whirlpool Corporation and the Association is Jonathan–Vela, an ambitious educational project (preventive and corrective) launched in 2009. Through sport, it offers young people the possibility to build themselves an adult identity around three key values: discipline, respect for rules and respect for other people.