Whirlpool, City administration and Universities team up for the future of Comerio’s business centre 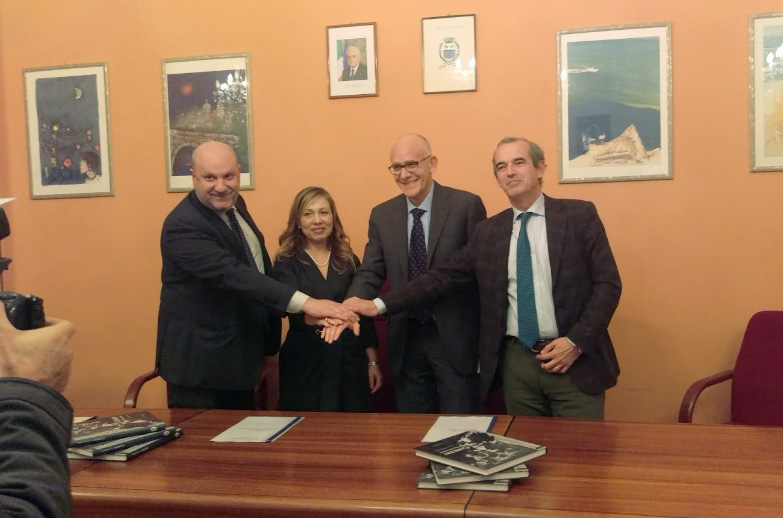 A Memorandum of Understanding to carry out a feasibility study for the conversion of Whirlpool EMEA Headquarters after its relocation to Milan in March 2017 was signed today.

Comerio (Varese), 3 November 2016 – A Memorandum of Understanding was signed today in Comerio’s town hall by Whirlpool EMEA, the town council and Varese’s two universities, LIUC and Uninsubria, to guarantee a sustainable future for the site of Whirlpool’s current Headquarters for Europe, Middle East and Africa, following the organization’s relocation (announced in April this year) to the heart of the Expo area, Pero, at the beginning of next year.

The Memorandum of Understanding provides for the setting up of a working group to identify solutions for converting the area and defining a process to sustain and promote local economic development.  More specifically, its task will be, “to seek solutions that safeguard the Area’s mission for work and sport as originally envisaged just after the last war by the founder of IGNIS, Giovanni Borghi, and carried forward by Philips Ire and for over 25 years by Whirlpool itself. Pursuit of this objective will be based on a shared approach involving a wide spectrum of players who are important local stakeholders together with the Mayor of of Comerio and Whirlpool”.

The universities will take part in the coordination and drafting of the project and provide scientific expertise relevant to the socio-economic analysis of the area, organization of training and communication strategies.

“Caring for the territory and for the community are basic to Whirlpool’s corporate social responsibility model and they are inspirational principles that we share with the Mayor of Comerio,” said Whirlpool President Berrozpe.  “The approach we will adopt in leaving a tangible mark on the “New Life” of the Comerio site is rooted in our commitment to creating a major legacy for today’s citizens and their children by safeguarding the environment and the quality of the landscape.”

Silvio Aimetti, mayor of Comerio, said that “Comerio’s administration expresses satisfaction over the ongoing collaboration with Whirlpool’s management. This agreement is a starting point and we hope it will be fruitful not only for Comerio but for the entire community.”