Whirlpool and Marche Region in Italy: a winning partnership 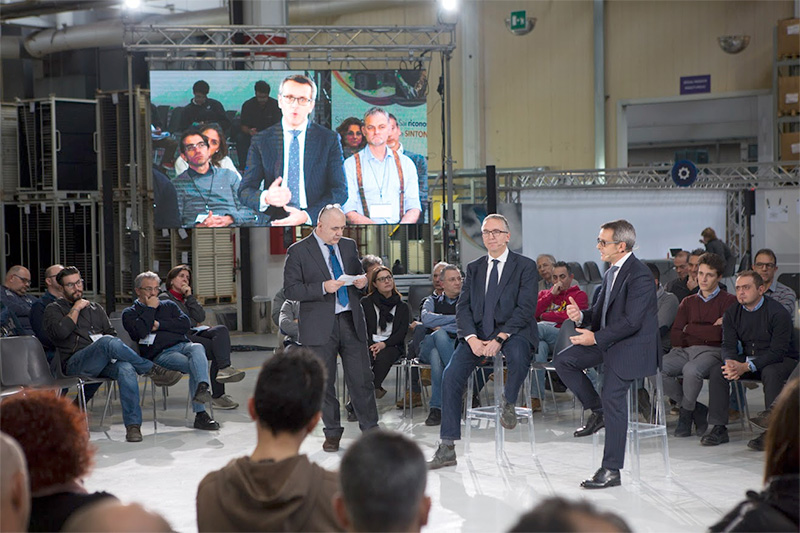 Within Whirlpool Plant in Melano, an ongoing three-days workshop to stimulate and strengthen employees’ winning mindset. The same mentality that characterizes the Company and the DNA of the Italian Region hosting it.

Melano (Ancona), 15 December 2016 – Held today at Melano’s Whirlpool plant the round table “Marche: a territory with a winning DNA”: a conversation between Luca Ceriscioli, President of the Marche Region, and Davide Castiglioni, Vice President Industrial Operations of Whirlpool EMEA, introduced by Giancarlo Sagramola, Mayor of Fabriano, on the strategic alliance binding Whirlpool and the Fabriano territory, on upcoming challenges to and opportunities to be seized in an increasingly competitive market.

Fabriano and Marche Region play an increasingly key role for Whirlpool: the legacy of an entrepreneurial reality as Indesit Company has indeed brought along specific expertise and know-how of absolute value and has resulted,  within the integration process, great responsibility towards people and the territory.

Responsibilities that have resulted in firm commitments within the Industrial Plan for Italy, signed in July 2015 and that today, just over a year after the signing, have actualized. Specifically, Whirlpool is realizing at a record pace the investment that will consolidate more and more Melano’s vocation as a central hub in the EMEA Region (Europe, Middle East and Africa) for the production of hobs. Melano will  shortly reach  the full productive potential of its lines, through the integration of Indesit and Whirlpool production platforms previously located in other Italian sites and in Poland. The ambitious goal: 2 million units in a year that will be dispatched to all EMEA markets. 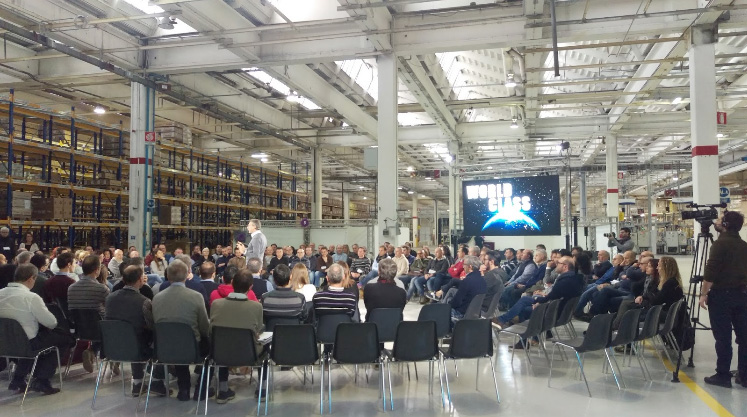 A strategic center of excellence for the Group, then, laying on cutting-edge technologies, structures and processes, but above all on the people, true strategic asset that can affect in a decisive way on the growth of the company and the Marche territory .

“We keep on working in full synergy with Whirlpool, a virtuous Company that is continuing to invest in the territory and the community it operates in.”  said Luca Ceriscioli, Marche Region President “An important footprint not only because it can act as a catalyst to retain the many talents of our  territory, but also to attract additional investments. Whirlpool is also impactful on the satellite activities it creates, contributing to generate wealth, jobs and sense of belonging.”

The continuity of Whirlpool presence within the Marche Region, in the flow of tradition, is not limited to the Melano plant. As part of this process, there is also the requalification of Albacina plant (Fabriano) into a Corporate Store open to the entire workforce.

“Whirlpool recognized in the Marche Region a land rich in entrepreneurial DNA and a strong tradition made of heritage and passion.” commented Davide Castiglioni, Vice President Industrial Operations Whirlpool EMEA “ I am proud to be here today with the people who contribute every day to make Melano a center of excellence and a benchmark for our Group. Melano is the model that we want to export to all of our factories, leveraging even before than on technologies and processes, on ideas and on the winning mindset of our people: our true strategic asset.”

The roundtable is part of a three-day “World Class Mindset” workshop entirely devoted to employees: with the production partially stopped, the plant opened to a “path” dedicated to workers, suppliers and institutions, aimed at developing a new mindset to accompany the transformation of Whirlpool hub in the Marche Region in a Top Class plant, a model factory able to deliver quality, leadership and, why not, emotions. 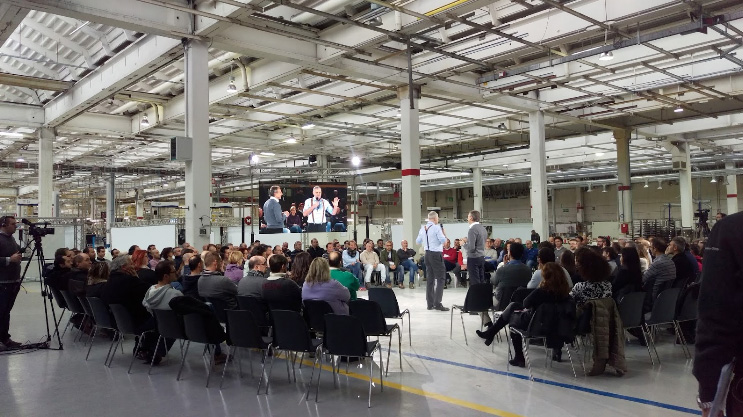