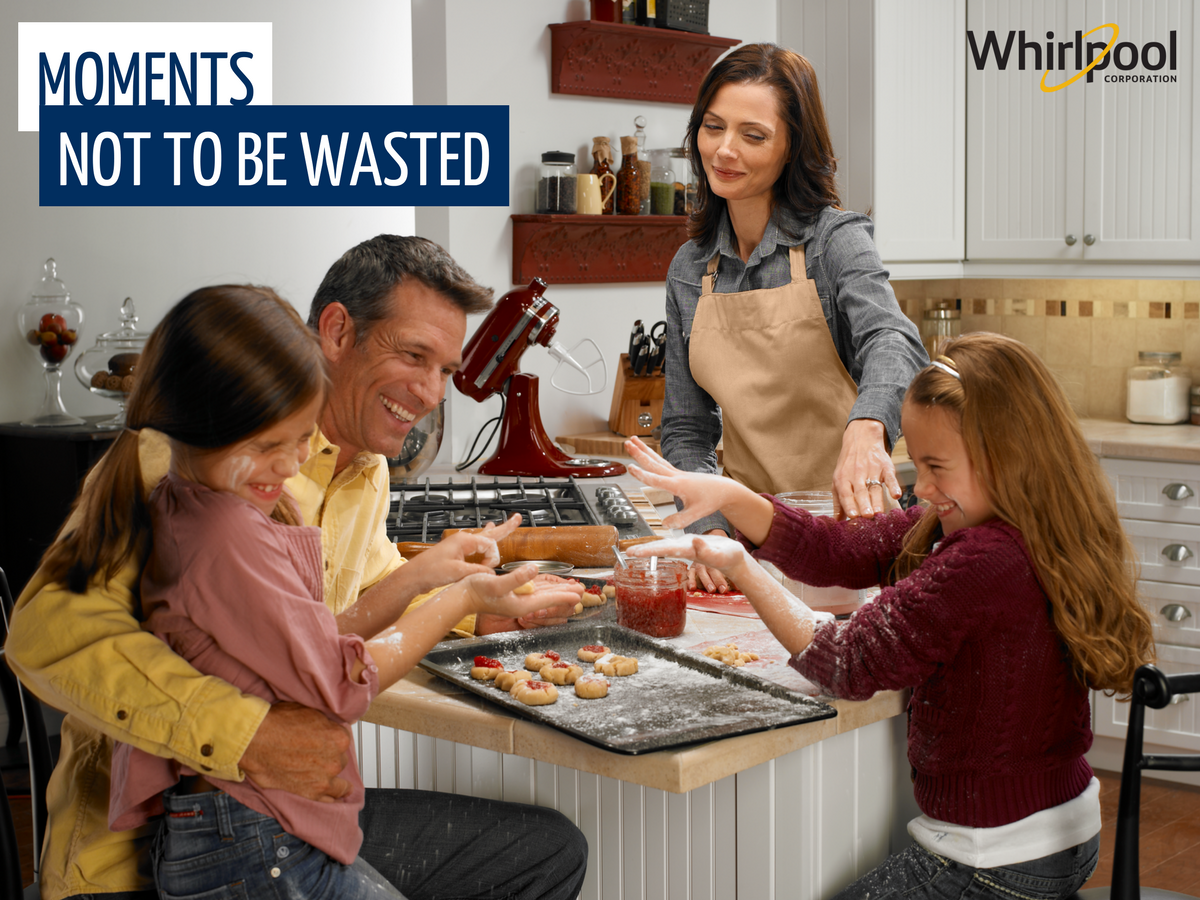 Milan, 6 April 2017 – Promoting widespread reflection on the social and environmental value of food is the aim of Moments not to be wasted, a Whirlpool Corporation educational project. The initiative addresses primary schools in Lombardia and Marche regions in Italy, where 561 schools totaling 180,000 people (including students, teachers and families) have embraced the cause. The Program will close with an educational competition of high ethical and social import: on the basis of the number of entries received by 23 May, Whirlpool will make a donation to ActionAid Italia in support of initiatives to fight hunger throughout the world.

According to the latest Waste Watcher data presented on World Food Day 2016, food worth 16 billion euros is thrown away every year along the food chain and in homes and the phenomenon is growing at an alarming rate, from 15% to 24% between 2015 and 2016. In 2016 alone, every Italian family threw away a daily average of over half a kilo of food (mostly fruit and vegetables, bread and cheese). Such data raise the issue of food waste – recently disciplined in Italy by law 166 (19 August 2016) – to a level of economic and social emergency.

This is the background to the launch of the first edition of Moments not to be wasted. With a multidisciplinary approach that exploits play as a tool for learning and the kitchen as a place for participation, the project’s educational and formative content is organized in three main thematic areas: informed purchasing of food, correct preservation and responsible and fair consumption. The program also offers various multidisciplinary perspectives ranging across the food chain, food safety and hygiene and interculturalism. With this approach, students will be invited to attribute the right value to food and learn to consider it not as a mere response to a need (to be satisfied with superficiality) but a source of moments that count in life. Moments important for children but also for families, communities and the whole Planet.

“As a world-leading home appliance manufacturer we’re well aware of our duty to promote positive and ethical values in the communities in which we operate,” commented Alessandro Magnoni, Senior Director Communications and Government Relations, Whirlpool EMEA. “The struggle against food waste is an economic and social priority at national and global level and sees us in the front line, being engaged in both the development of innovative technologies supporting food preservation, cooking and consumption in efficient and responsible ways and the promotion and diffusion of knowledge of this issue to generate more responsible and sustainable social behavior. Waste Watcher data show that the family plays a central role in the battle against food waste. Hence our decision to contribute, through the Moments not to be wasted educational project, to a more mature and responsible relationship with food, starting with schools and kids, the citizens of tomorrow and already champions of virtuous behavior at home.”

The schools that have joined the Program have received a learning kit developed in collaboration with La Fabbrica and containing a teacher’s guide and materials designed to stimulate student’s creativity and get them to think about anti-waste themes. These materials include an interactive illustrated album, My anti-waste kitchen, for kids to take home to share the project with all the family; a game, No wasting in our kitchen!, with a poster/board and 12 cards for exercising in non-waste; a mini publication on the contest, Talent Kitchen – stories of kitchens that don’t waste, which includes the rules, registration form and suggestions for creating deliverables.

To make the project even more stimulating, in fact, classes can take part in an educational contest in which they will compete in terms of virtuous behavior. By submitting various deliverables (photos, videos, drawings, whether analog or digital) classes will be able to voice their opinions and share their ideas and suggestions. In addition to prizes for the winning classes, Whirlpool Corporation will make a donation to ActionAid Italia, an association that supports projects against hunger, poverty and social inequality in Italy and the world.

The contents of the kit distributed to schools were produced thanks to scientific consulting from the Global Food Institute, the Whirlpool Corporation center of excellence based in Cassinetta di Biandronno (Varese), where food technologists and experts in thermodynamics, electronics and mechanics are constantly at work to improve the consumer experience by developing technological solutions to apply to cooling and cooking appliances that defend food’s nutritional value and organoleptic characteristics.