The 35th Anniversary of the Introduction of Martial Law 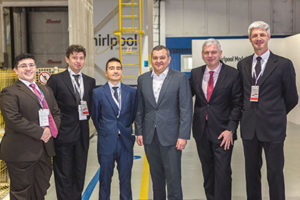 People who were fighting for an independent Poland, Government and Polish Parliamentary representatives, „Solidarity“ Labour Unions authorities, hundreds of workers gather together to pay tribute to the history.  The ceremony commemorating the 35th anniversary of the introduction of martial law in Poland was held in Wroclaw Whirlpool Industrial Area 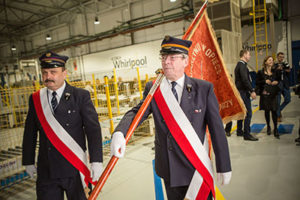 Wroclaw, 9 December 2016 – Whirlpool Corporation is one of the biggest foreign investors in Poland and in the Lower Silesia region.  Moreover, the company is the natural continuator of the tradition of production of household appliances in this place, initiated by FIME Predom- Polar. The long history is referred not only to the production of popular appliances. That place was also the witness of one of the milestones of the struggle for workers’ rights and the process of independent trade union formations movement in Poland. Many people working in the company still remember traumatic events from December 1981. Thereafter the martial law introduction by the communist government, the workers inside plant begun the strike against the regime. The protest was brutally pacified by the militia and the army. Many of the strikers then went to the prison, lost the job.The aftermath was many human and personal tragedies caused by the repression of the communist state. 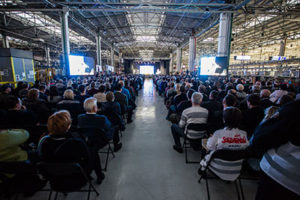 “The story which held 35 years ago is still in the national memory of independent Poland. It refers also to the present time and the plant, where the people are the biggest value. The constructive dialogue with the Whirlpool Corporation has real and positive impact on the development of the company. That’s way Whirlpool  has a so good perception in Poland and in the region of Lower Silesia.”- said Fabio Scaltritti, President of Whirlpool Poland.

The Ceremony’s objective was to remind the history which took place 35 years ago and to underline the role of dialogue in the current times. The ceremony had a special meaning, under the patronage of the event of the Office of the President of the Republic of Poland.

‘Our common intention was to reach the largest audience possible and share important historical information concerning the martial law in Poland and also the sit-in strike, initiated in the old Polar factory in Wroclaw (now Whirlpool factory), which was violently repressed by ZOMO and the army twice, on 16 and 18 December 1981. Many participants to the strike were interned and convicted.  Our manufacturing site in Wroclaw was one of the two hundred sites on strike at that time and it is one of the few which have been continually operating till the present day“ – said Małgorzata Calińska-Mayer. 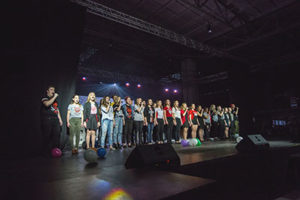 Five persons, former workers being 35 years ago among the leaders of the strikes were honoured by the State with the highest state awards. The historical event was enriched by the Holy Mass celebrated by Archbishop Of Dolnoslaskie Region and by the concert of the students of Agnieszka Osiecka XVII High School in Wroclaw, who reminded to the assembled guests the songs of ‘Solidarnosc’.