Right now, over five million Americans are living with the disease which is more than breast cancer and prostate cancer combined. And while the death rate of other diseases in the “top ten” have declined, between 2000 and 2013, deaths from Alzheimer’s has increased by 71%. 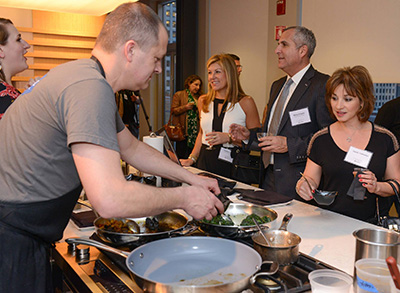 Jenn-Air is supporting the Gala in a number of ways. In early March, a kick-off reception was hosted at the Jenn-Air Master Class Studio in the historic Reid Murdoch Building. At this event, guests enjoyed cuisine prepared by top local chefs Jennifer Jones Enyart & Brian Enyart of Dos Urban Cantina, Ryan Pitts of RL Restaurant and Paul Virant of Vie. Click here to watch a video from the event.

At the Chicago Rita Hayworth Gala on May 7, a Jenn-Air & Chef Joho Ultimate Dining Experience will also be auctioned. This unforgettable dinner for ten will be a multiple course affair complete with wine pairings and prepared by renowned Chef/Proprietor J. Joho of Everest restaurant. The Ultimate Dining Experience will take place in the unique Clock Tower Dining Room in the penthouse of the historic Reid Murdoch Building; an ideal location to complement the “Time is of the Essence” theme of the Gala.

The Gala was started 29 years ago by Princess Yasmin Aga Khan in honor of her mother, actress Rita Hayworth, who died from Alzheimer’s disease. Since its inception, over $68 million has been raised through the Chicago and New York Rita Hayworth Galas. Click here to find more information on the Gala, view pictures of the past events and purchase tickets. 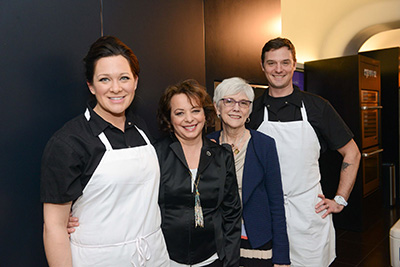 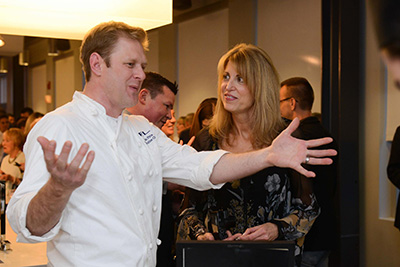 *All Alzheimer’s statistics from www.alz.org