Project F: Our designers featured on the world stage

In 2001, our Global Consumer Design team began the “New Domesticity” project, in collaboration with Future Concept Labs Milan, to understand the laundry process and the new ways we relate to the machine and our use of architectural spaces.

In parallel, the team launched ‘Project F: Fabric care futures’ in which they worked with three external groups: deep design, designkoop and design RAW, to produce five prototypes that recreate fabric care appliances in light of the results of our research. 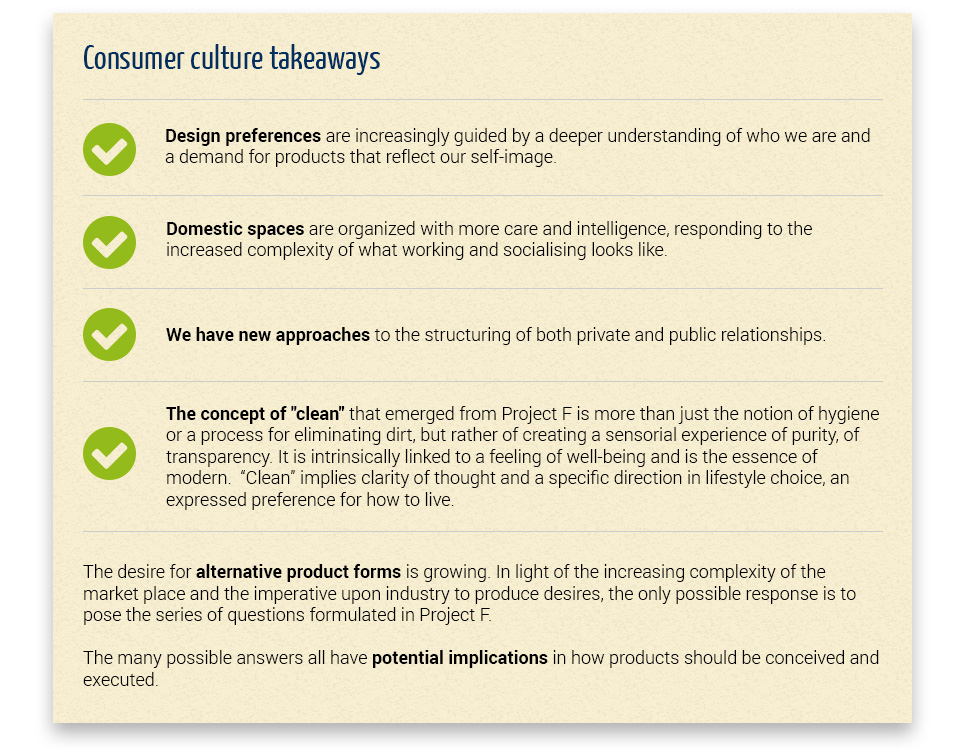 All five proposals were founded on a basic technical formula:

Each element was examined in depth: the size, shape, proportion and location of containers, the need (or not) for water and/or detergent and the mechanical alternatives for agitation: scrubbing, plunging, compressing, fiber separation, rolling, vacuum, hydro-dynamics and water jets. Some concepts simply reconfigured existing technologies while others went quite far in the projection of the formula into the future.

We’re proud to announce that one of these prototypes, BioLogic, will be showcased in National Museum of China from April 25 to July 25, as part of  “Series Off Series” exhibition. The project is curated by Andrea Branzi together with Triennale Design Museum, and is promoted jointly by the General Directorate of Museums and Fondazione La Triennale di Milano.

The design is made up of three zones: a holding tank for water, a series of washpods, and a plant container!

Taking green principles to a new level, the BioLogic system regenerates itself, while keeping by-products to a minimum:

Rather than remaining an isolated event in a more or less anonymous box, washing becomes part of an ongoing organic process that creates time, rather than just occupying it. The sound of the gently flowing water, the scent of the plants, the glow of the lights all make for a product that can be experienced. 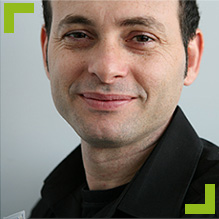 Patrizio Cionfoli – Patrizio is a graduate from Polytechnic University of Milan, having obtained a degree in Industrial Design from the Faculty of Architecture, in 1999. He began his professional career with Lou Beeren Industrial Design, Groningen, Netherlands, contributing to the design of espresso coffee machines.

Patrizio started his career with Global Consumer Design in 1998 as a Designer within the Food Conservation category.

Between 2001 and 2004 he worked with Whirlpool Europe’s Global Consumer Design as a designer within the Fabric Care team. In 2004 he moved on to develop and implement the Prêt-à- porter clothes refresher, which was launched across Europe in 2005. In the same year, the Prêt-à- porter was awarded the IDSA Bronze (USA) and the IFD ‘Janus 2005’ (France) for the most innovative concept. In 2011 he became Refrigerator Category leader where he developed several platforms which are now on the market as the latest Iconic Fridges for the KitchenAid Brand. Since the beginning of 2017 he has been the EMEA Brand Design Manager, and is responsible for the KitchenAid Design Manager.

Patrizio was one of the main designers of ‘BioLogic’, part of ‘Project F- Fabric Care Futures’, which obtained the “Compasso D’oro nominee” and I.D. Magazine ‘Design Distinction’ in the concept category in 2003. 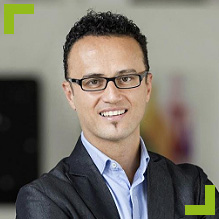 Giuseppe Netti – Giuseppe joined Whirlpool Global Consumer Design in 2000. He is currently leading the EMEA brand design studio, and is responsible for design strategies able to generate innovation and business growth. From 2006, he led the design team of Countertop Microwave Ovens and Accessories, creating a strong product identity, which has been highlighted among leading international publications.

During 2012 Giuseppe was appointed to the global position of Principal Designer for the cooking category to connect advanced technology with different regional market needs.

In 2014 he moved on to lead the design of all Whirlpool European home appliances featuring one common design language across the globe.

Since 2016 he has been guiding the team of designers that shape the unique aesthetics and experience for Indesit, Hotpoint, IKEA, Privileg and Bauknecht brands.

In these years Giuseppe has led and collaborated on a broad number of products and design concepts that have achieved recognition from leading design competitions such as IF, Red Dot, Industrial Designers Society of America / Businessweek Design and Janus. Giuseppe is 44 years old and has a Bachelor Degree in Architecture and Industrial Design from Polytechnic University of Milan. 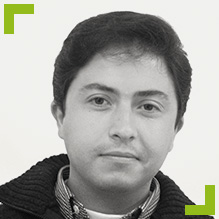 Ruben Castano – Born in Bogota, Colombia in 1973, he began studying industrial design at Xavier University in 1991. He transferred to Italy in 1995 for an internship in Whirlpool Europe’s design studio, where he continued to work and finalize his studies at the Istituto Europeo di Design in Milan, obtaining a degree in Industrial Design in 1997.

Ruben was one of the principal designers of “BioLogic” for Project F.

Design doesn’t just happen. Design is the most human of endeavors – it takes ideas and forges them into objects, into experiences, into memories. Design makes connections. Design matters. The best design comes out of collaborative effort, the collective vision of a team.