#PlacesthatMatter: Every place matters and tells a story

The International Journalism Festival of Perugia hosts a journey through Whirlpool’s manufacturing facilities in Europe, Middle East and Africa

A storytelling journey that aims at celebrating the EMEA (Europe, Middle East and Africa) region manufacturing facilities through the eyes and stories of the workers that, with passion and dedication, contribute every day to the development of the company and of the community where they operate. This is #PlacesthatMatter, Whirlpool’s new project that celebrates the Company’s people and the local communities where it operates.

#PlacesthatMatter will be the protagonist of a panel discussion that will take place on Thursday, 12th of April, within the 12th edition of the International Journalism Festival, in Perugia, before an international audience coming from all over the world. With the moderation of Alessandro Magnoni, Senior Director Communication and Government Relations of Whirlpool EMEA, the project will be discussed by Alberto Abruzzese, mass media expert and Professor Emeritus at IULM University in Milan; Lorenza Bravetta, Advisor of the Minister of Culture Dario Franceschini for the enhancement of the national photographic heritage of the Ministry; Alessandro Imbriaco, photographer, and Laura Leonelli, journalist and writer. 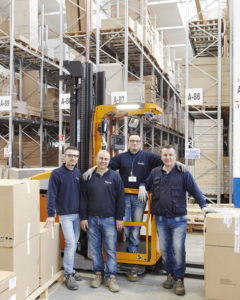 The project describes the bond that is formed between the Company and the territories, where places are not mere workplaces but become a manifestation of the local communities and, as such, gather together and tell life projects. Inevitably, the lives of these places and people intertwine with the broader industrial and social fabrics of the territories through a continuous exchange of experiences, values, heritage and talents.

#PlacesthatMatter came to life directly from these ideas and from Whirlpool’s desire to portray every single manufacturing plant as a part of a broader context, highlighting the historical uniqueness of each facility while reminding the group’s common values. This photographic exhibition is a true and authentic journey among the group facilities, from Europe to South Africa via the Middle East.

“With #PlacesthatMatter we wanted to give voices and faces to the many people contributing every day to the creation of our products. This project is a journey inside the world of manufacturing, Whirlpool EMEA’s heart, where technological innovations and human connections come to life and are shaped.” – comments Alessandro Magnoni, Senior Director Communication and Government Relations of Whirlpool EMEA – “Our production sites represent the connection with the people and territories that host us worldwide: places that matter and that narrate our success and our roots.”

To bring to life #PlacesthatMatter, an ad hoc working group, consisting of internal resources plus an art director, the editor-photographer-gallery owner Mario Peliti, a photographer, Imbriaco, and a journalist, Leonelli, travelled through seven countries, visited fourteen industrial sites and interviewed over 100 employees worldwide to collect the stories of some of the many people that every day contribute to their own personal and professional growth and to Whirlpool’s success. 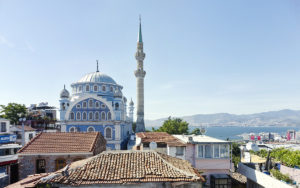 #PlacesthatMatter is also a Whirlpool EMEA multichannel digital campaign, from Facebook to Instagram, from LinkedIn to Medium and Youtube. During the early stage of the campaign, launched in November 2017 and lasted about four months, over two million people have been reached on Facebook, fifty-one thousand on Instagram and above one million on LinkedIn. The second phase, that will last till the end of the year, will begin at the Salone del Mobile 2018.

The presentation of the project at the International Journalism Festival in Perugia is the first step of a long path. The project was conceived as an unconventional travelling exhibition through the territories part of the initiative, being this a further opportunity to engage with stakeholders and local communities.

The next chance to visit the exhibition in Italy will be EuroCucina, during the Salone del Mobile, scheduled from 17th to 22nd of April, and the Milan Photo Week, an initiative promoted by the Milan Administration that will take place at Palazzo Reale, from 4th to 10th of June.

This storytelling project falls into the sustainable development and social commitment model that the company has always encouraged in all the territories where it operates. This model is based on the importance of establishing an open dialogue and a network of relationships with local communities and institutions inspired by the principles of transparency and reciprocity.

Program of the panel discussion
What: #PlacesthatMatter. Every place matters and tells a story
When: Thursday, April 12th, 16:00 – 17:00
Where: International Journalism Festival, Perugia, Hotel Brufani – Sala Priori
Who: Alberto Abruzzese, mass media expert and Professor Emeritus at IULM University in Milan; Lorenza Bravetta, Advisor of the Minister Dario Franceschini for the enhancement of the national photographic heritage at the Ministry of Cultural Heritage and Activities and Tourism; Alessandro Imbriaco, photographer; Laura Leonelli, journalist and writer; Alessandro Magnoni, Director of Communications and Government Relations of Whirlpool EMEA.