One Step at a Time for Stanley Niedbalski 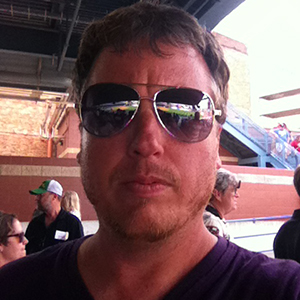 It took a year and a job loss for me to finally quit.

I grew up in a dysfunctional home – a family full of smokers and drinkers, so it was almost a given that I would end up smoking and drinking as well. We lived in the inner city where life is fast and I had to be faster. My parents would send me to the corner store with a note to buy cigarettes and, eventually, I learned how to forge my mom’s signature. By the age of fifteen, I had begun smoking.

When I was eighteen my girlfriend and I had a daughter. It was unplanned and I felt forced into adulthood and responsibility. We married the next year, and as newlyweds with a baby, life was not easy. I didn’t know how to deal with the stress of it all so I began drinking heavily.

By the time I was thirty, I was drinking less often, but when I did drink, I drank to get drunk. One night, I started drinking, hopping from one bar to the next. I had to work the following morning so I left the bar around 2:30 a.m. I was pulled over shortly after because I had been driving down the wrong side of the road. Fortunately, no one was hurt and because I had been drinking water, my alcohol level was low. That should have been my wake up call.

It took a year and a job loss for me to finally quit smoking and drinking. A few months after the loss of my job, I started Chantix to help me quit smoking. I went out to the bar a few days later and I didn’t drink. I haven’t smoked or drank since then. It will be eight years this year.

I wish I could say that everything was good from there, but it wasn’t. I smoked and drank to cope with family issues and stress, so after quitting I became depressed. My extended family and friends didn’t support my decision, which only added to my depression. I was less active than ever and I when I saw food, I ate it. If there was food left at the table, I ate it. I went from not drinking and not smoking, to gaining 50-60 pounds. I could breathe better and I didn’t have hangovers anymore, but as the weight crept on, my breathing got worse again.

Three years after I quit smoking and drinking, I began going to church. It was there that I developed the support system I needed to work through my depression and the gain skills and knowledge to better deal my stress.

Shortly after I started going to church, I met Nick, a Health Coach, at Whirlpool. We discussed different ways of working out and looking at the ingredients in our food. Nick taught me how to research what I was eating so I could live a healthier lifestyle. I started playing basketball and softball for Whirlpool and I even ran my first 5K. Now, I’m training for a 139 mile rowing trip with Nick.

Now, I eat healthier, work out five days a week, and have more energy. I’m in the best shape of my life. I’ve lowered my risk for cancer, saved a lot of money, and saved my marriage. My wife and kids are happy that I quit drinking and smoking and proud of me living a healthier lifestyle.

Quitting isn’t easy. It’s a battle…it’s a huge challenge, but it’s worth the fight through the challenges and struggles. You’ve got to be in it to win it.