One Step at a Time for Don Wilson 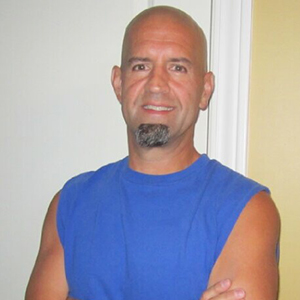 My life was filled with child and young adult obesity. I was ridiculed by my classmates from kindergarten through my college years. I never was an athlete due my size, and the sports that I tried out for I never finished.

Normal life was mostly sedentary. I played golf, went to the gym on occasion, played softball a few years, and played basketball in a church league. But for the most part I was an actively overweight individual.

Back in 2010 a company wide email was sent out asking for volunteers to help with the Whirlpool 70.3 Steelhead Ironman triathlon event. I like to volunteer so I thought it would be fun. By the way what is an Ironman triathlon? I signed up online as finish line security so I could “see” more of the action. It was awesome watching everyone compete, the pro’s and the average Joe’s. However, watching the people cross the line at the very end of the race was the most inspiring thing I had ever seen.  I signed up again in 2011, again as finish line security. I remember after the last contestant crossed the finish line, thinking to myself “seeing these people crossing the finish line at the 9 hour mark, what exactly do I have to complain about?” My wife stopped by to pick me up at Jean Klock Park after the race. I will never forget our conversation; I told her “I am going to train and do this race!” – her reply without hesitation was, “I think you should!”

So i began training right after the 2011 race. It literally started with walking. I wasn’t sure how my back would tolerate cycling or running. I progressed from walking several miles, to walking/jogging, then to jogging. I knew somehow I had to eventually run 13.1 miles – wow how can I do that? My training only allowed me to run about half of that distance. I also began cycling, again something I had never done before. My cycling began with a five mile bike ride, then on my next ride, I would see if I could make it to the next stop sign before I turn around. Eventually, I progressed to riding the entire Steelhead bike course (56 miles).

My family was instrumental in allowing me to train. My wife and daughter would come to the beach while I swam the distance from Tiscornia park all the way to Jean Klock park. They would walk along the shoreline while I swam among the boats and jet skis. I couldn’t have done done this without them!

Never having really finished or accomplished anything in my life athletically, the ridicule received from so many people in my teens and young adult life. I put in 12 months of training to compete in a 70.3 Ironman race. Then entering, competing, and finishing the race, was something I never thought possible. Getting to “finish line shoot” was the most overwhelming feeling I have ever had at the age of 50 in my life!

My wife and daughter were so proud of me. We all cried at the finish line, It was a great day!

This was significant for me because for the first time in my life, I finished something! Do not let anyone tell you or let anything stop you from doing something. I truly believe that if I can do this, anyone else can with dedication, determination, training, and hard work.