KitchenAid at Ambiente 2018 in Frankfurt

Earlier this month, KitchenAid took part in Ambiente Fair in Frankfurt, the most important trade fair for international consumer goods, with over 4,441 exhibitors from 89 countries and 81 per cent coming from outside Germany, 2018 was the most international consumer goods trade fair of all time. From February 9th to 13th the brand showcased numerous product news from various fields like Culinary, Baking, Healthy & Fresh and Coffee & Breakfast.

During the exhibition, several culinary experts were present in the stand to present our products during the live sessions: among them were Michelin Star Chef and QVC star Susanne Vössing and Barista Champion Eric Wolf.

One of the main focus of 2018 fair was the new premium edition of the Iconic Stand Mixer, which comes with chrome details, sustainable Stainless Steel accessories and in 13 trendy colors, including several completely new ones inspired by the latest kitchen trends. The versatile range of attachments for the stand mixers has been extended with two new pieces for sweet and savory delicacies.

As a recognition for the great journey of the Iconic Stand Mixer, KitchenAid was just recently awarded number one mixer brand in the world within the Euromonitor Consumer Appliances Ranking 2017. The evaluation was based on the retail sales of stand mixer and hand mixer between 2012 and 2017.

At this year’s Ambiente KitchenAid also launched the new High-Performance Blender: with its powerful 3 Peak HP Intelli-Speed motor, it will be a lower-priced entry-level model compared to its “big brother”, the ARTISAN Power Plus Blender.

Another big part of the exhibition booth was dedicated to kitchen and cookware, focusing on all little helpers, from whisks to muffin baking sheets. This range is planned to be foregrounded and extended in the future. 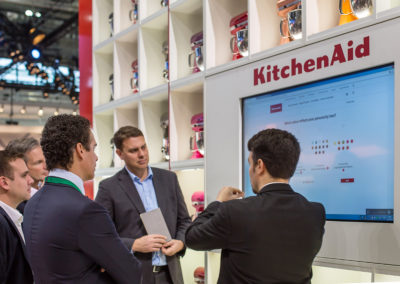 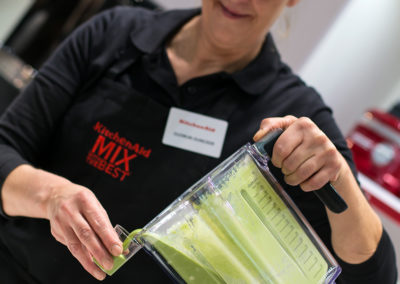 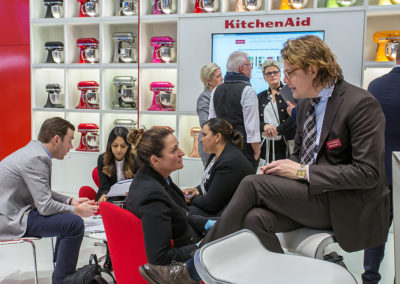 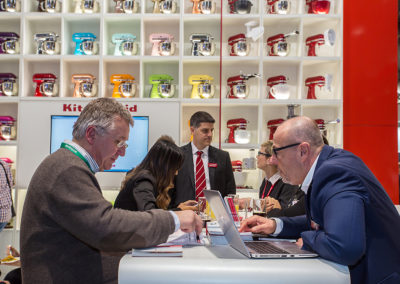 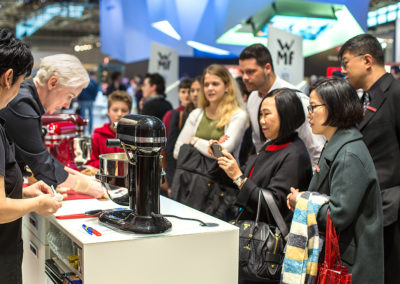