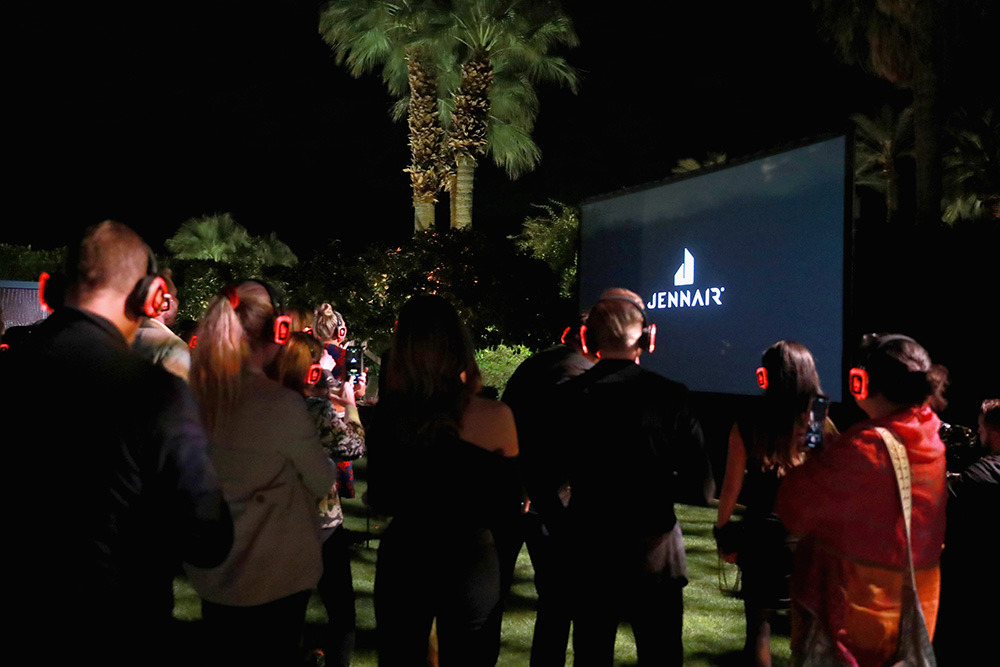 Following the freshly-blazed trail of the Bound By Nothing™ anthem, the inaugural brand film that debuted at Architectural Digest Design Show in 2018, JennAir revealed two new films at an invitation-only event in the exclusive Dinah Shore home on Friday, February 15:

In this film, JennAir spotlights the craftsmanship of refrigeration within the luxury appliance industry. The heroine steps out of the cold rain into a world marked by old luxury’s plasticity. She rejects this strange indoctrination and traverses into a new world of progress where the superior craftsmanship of JennAir is illuminated.

This film coronates the two new JennAir design expressions, RISE™ and NOIR™, which depart from the stainless-steel sameness of the luxury appliance category. The film opens with attendants dancing to a rigid waltz, going through the same old motions they were programmed to perform. Viewers experience the rigidity in their movements until two dancers reject the routine and move defiantly towards progress.

These two new works of art have character continuity from last year’s launch film and further cement JennAir Bound By Nothing™ ethos. JennAir seeks to create the sense of interlinked stories with the possibility of future films, as guests witness the new era of luxury come to life and shift into a mindset of defiance.