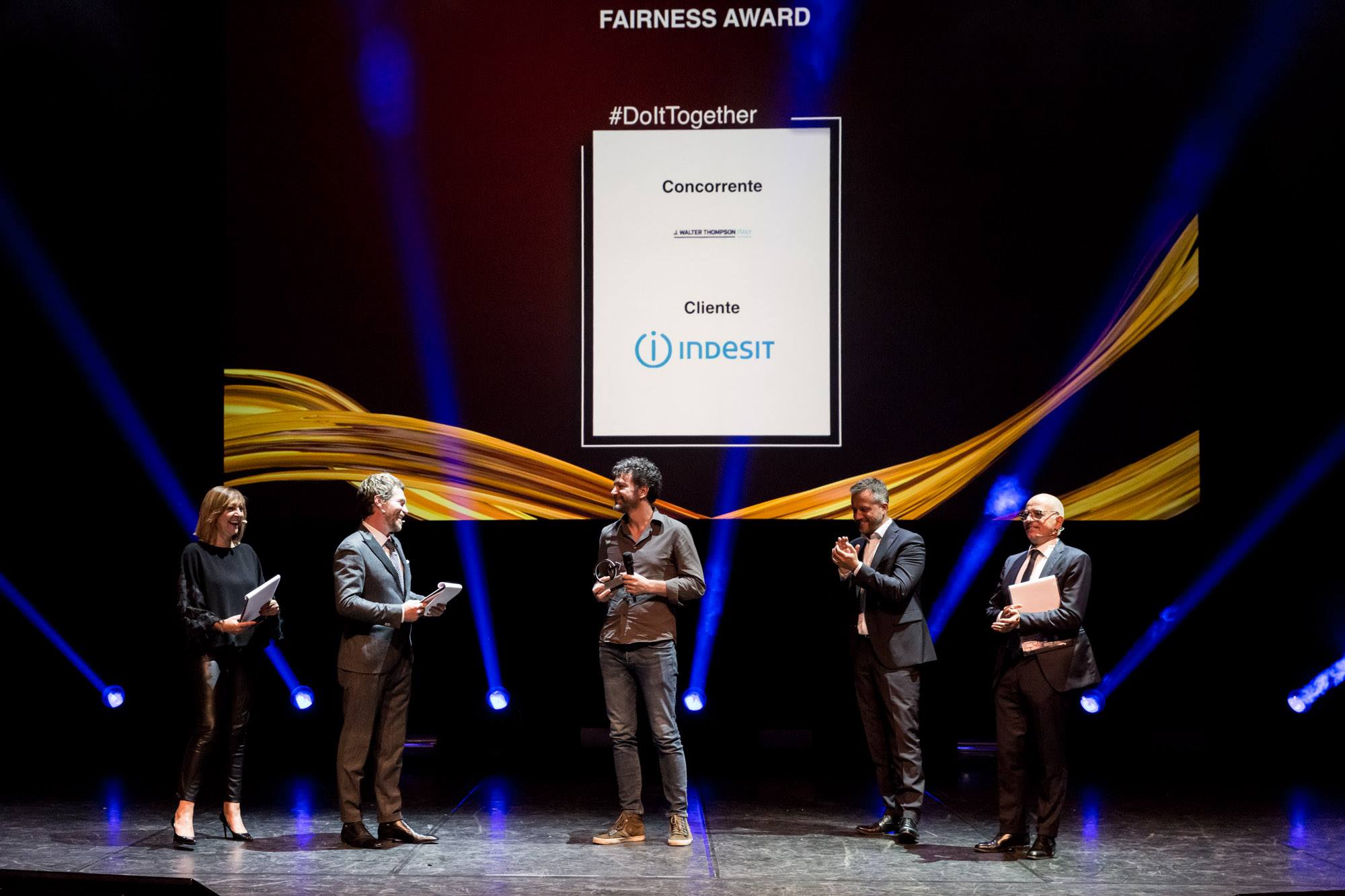 Our Indesit brand is very proud to announce that its #DoItTogether campaign has – for the second year running – received two prestigious NC Digital Awards.

As a highlight of the Italian marketing calendar, the NC Digital Awards celebrate the very best in digital marketing. In 2018, Indesit’s groundbreaking cross-platform #DoItTogether campaign has been awarded Gold for Best PR Campaign in the Interactive/Digital category. The campaign also received a very special accolade – the Fairness Award, which recognizes the promotion of positive and touching messages against prejudice, discrimination and respect diversity”. 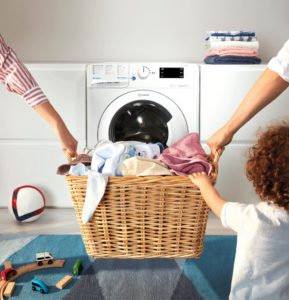 Despite competing against some of the year’s most creative and innovative campaigns, Indesit’s ongoing #DoItTogether campaign demonstrated itself yet again to be something remarkable. The digitally-led campaign has focused on raising awareness of the gender imbalance that still remains in housework. Using a creative blend of video, celebrity endorsement and fun yet thought-provoking interactive activities, the #DoItTogether campaign has aimed to get families thinking about how they share the housework. As well as promoting a positive vision online and via social media, the campaign has proved successful by effectively reflecting Indesit’s values as a brand. In particular, the company’s ongoing commitment to create easy to use, ‘life proof’ appliances for families is a clear demonstration of its belief that anyone can and should succeed when taking on household tasks.

Winning the “double double”
This is the second year in row that Indesit’s #DoItTogether campaign has taken home two awards at this prestigious forum for creativity in digital marketing. At the 2017 NC Digital Awards, it received a Gold award in the “Home – furniture and accessory” category, and was also recognised as being one of the very best campaigns in any sector, receiving the Bronze award in the overall category, “Best Digital Integrated Campaign”. Overall the #DoItTogether campaign has now reached a proud number of 8 external awards*.

Now in its 7th year, the NC Digital Awards were founded by the ADC Group in recognition of the growing importance of the digital environment to the marketing mix. The winners, which were selected by an jury of highly-respected industry experts, are the campaigns seen to most successfully blended creativity and best practice in execution.