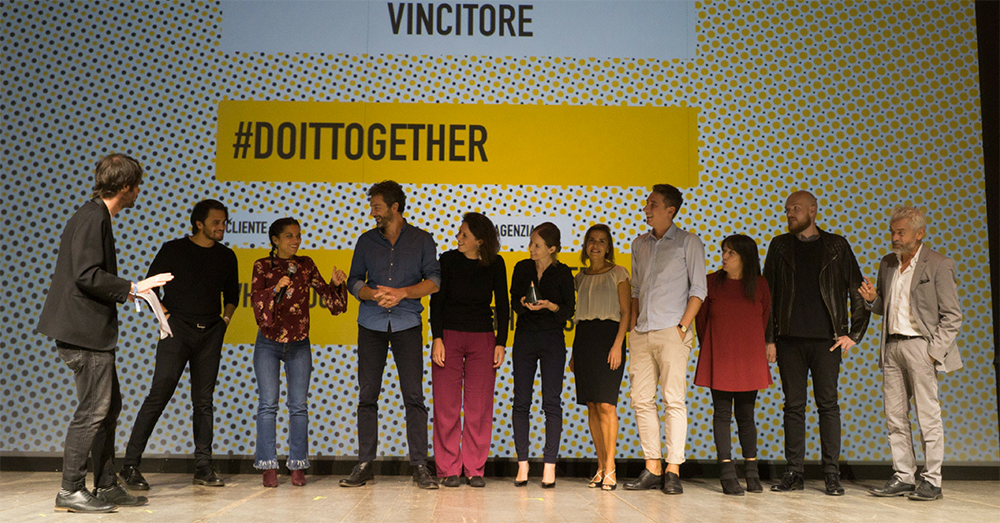 Indesit brand has been recognized with 3 awards at the Art Directors Club Italiano (ADCI) festival : 1 silver award for Digital Integrated campaign, 1 silver award for PR Campaign and 1 award for the Equal Prize. Hosted each year, the festival is one of the advertising industry’s most prestigious forums for recognising and celebrating the very best creative campaigns. Since 1985, ADCI has been the gold standard for creativity and quality in advertising in Italy.

Besides receiving 2 silver awards, Indesit also snapped the Equal Special Prize. New for 2017, the Equal Prize has been established this year to recognise the campaign that best succeeds in promoting gender equality. The award was received for our trailblazing #DoItTogether campaign, a multi-platform marketing campaign created for Indesit by J. Walter Thompson Italy, which lead the advertising activity, digital marketing agency, MRM and PR agency, Emanate, being responsible for the implementation of this campaign into both traditional and social media.

Indesit’s campaign was described as a worthy winner of this special prize in its inaugural year. The campaign was described as being the one that best answered the challenge of the Equal Prize to evolve our collective imagination beyond gender stereotyping and promote better collaboration between genders. In particular, the campaign was praised for having an articulated media plan, and for making a systematic and multi-platform investment that aimed at promoting the overcoming of gender inequality in our homes.

#DoItTogether struck a powerful chord through its confidence and clarity of vision. It was a true multichannel campaign that encompassed everything from an innovative web series – The Big Family Switch Up, which showed real families across Europe switching roles for a week – to a social survey, celebrity endorsements and the beautifully realised #DoItTogether video.

“This campaign really connected with audiences by saying something true about modern life,” said Norbert Schmidt, Vice President Products & Brands EMEA at Whirlpool Corporation. “#DoItTogether took on a serious issue in a way that was also true to our brand – warm, honest and relatable. Working with our agencies, this milestone campaign is the result of months of passionate team-work – a combination of inspiration and perspiration that has delivered an award-winning campaign.”