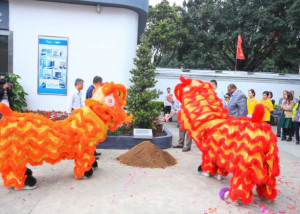 At the beginning of the celebration, Todman made an inspiring speech to the Shunde Team and unveiled the 20th anniversary plaque. 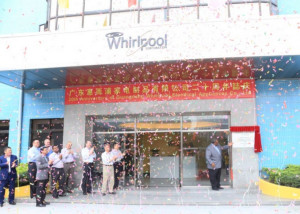 “This plant produces top-class products and sells to Europe, North America and other countries – that’s why we can stand here to celebrate the 20th anniversary,” Todman said.

The celebration featured a vigorous traditional Chinese lion dance to express wishes of a prosperous future to Guangdong Whirlpool. The Asian North leadership team also planted a podocarpus tree in hope of continuous growth of the plant during the coming decade.

According to Asia North Senior HR Director Yolice Wu, the years of growth could not have happened without the entire Shunde team’s dedication. She said the team’s great passion, devotion, teamwork & winning spirit will contribute to future success.