Eric O’Grey – His One Step Story 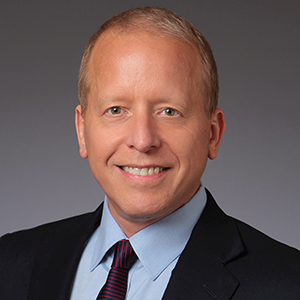 After my life transformation, I was still unable to sleep and was diagnosed with severe sleep apnea.

Six years ago, I started a journey from health crisis to good health. I weighed over 300 pounds, had type 2 diabetes, high blood pressure, and my doctor told me would be dead in 5 years unless I changed. The start of my journey, losing weight and getting in shape with my best friend and dog Peety, is portrayed in a short documentary you can watch here. But the film only tells the first half of my story, I experienced the other half in 2015 when I used my Whirlpool health benefits for sleep apnea surgery.

My sleep apnea condition had a significant negative effect on my mental health and well being. My testing revealed that I had likely never experienced REM sleep, and that I was unable to breath and choking during sleep for up to 60 seconds at a time, which would wake me up. This caused me to feel cranky, irritable, and exhausted all day, and also represented a real hazard because I was sleepy while driving in the afternoons, and my position is field sales.

The first thing I tried was a CPAP machine, but I was unable to use it because I pulled off the facemask while i slept and there was nothing that could be done to correct that. So on my doctor’s advice, I found the best surgeon I could find specializing in the procedure I needed, at Washington State University. The surgery was very expensive and I could not have afforded it without my Whirlpool health benefits.

After recovering from the surgery, I realized immediate improvements to my physical and mental well being. For the first time in my life, I am now able to sleep all the way through the night, and I wake up rested. People tell me that I am a much happier, kinder, and more thoughtful person, and especially a better listener. This has translated into greatly improved relationships with my customers and peers, and has resulted in a big increase in my sales and commission with Whirlpool.

Mark Collier, my Region Sales Director, was my biggest supporter through this and encouraged me to go ahead with the surgery when I sought his advice. My team members supported me during the two weeks I needed to recuperate, before I could return to work. This change allows me to live the rest of my life as a happy and healthy person. Thank you Whirlpool.