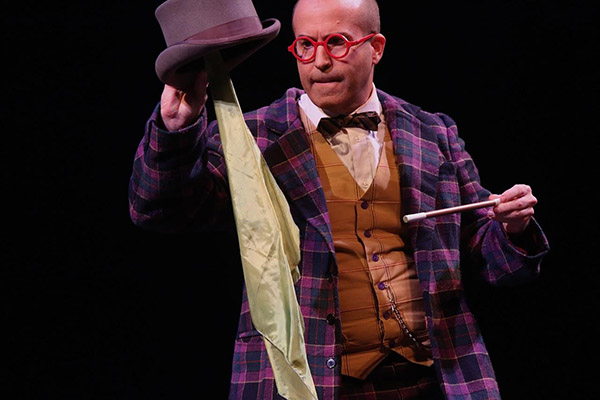 Whirlpool Corporation has a corporate culture that encourages innovation and entrepreneurship throughout the organization. Employee Stuart MacDonald has done just that, embarking on his own personal innovation journey—one that has lead him to success that continues to build.

MacDonald—senior training & development analyst by day, magician by night—has been performing magic all of his life. His act used to be a typical, run-of-the-mill performance that included the ever-so-timeless sawing of the beautiful assistant in half, magically switching places with her while being handcuffed and blindfolded, and even unmatched butt wiggling. His usual “male stripper” routine (a pun of tearing a newspaper into strips while dancing) and touring colleges with the same old act for 10 years got boring. Taking a break from magic altogether was needed. 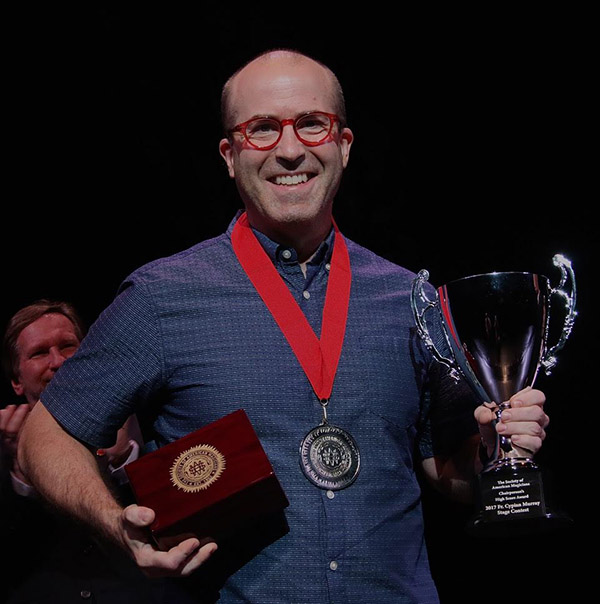 But he couldn’t escape magic. In 2013, he decided that he would make a comeback. This renewed focus liberated huge, pent-up energy to explore, invent and create an original act that drove new thinking into what magic could be. “I started on a quest four years ago to laser in on developing an act that was good enough to compete in the world championships of magic,” said MacDonald. “I failed miserably at my first attempt in 2014. It was bad. I had a malfunction and it destroyed the act in front of everyone. What was even more humiliating was the scale of talent I faced. It was younger, hipper, more clever talent like I’ve never seen.”

This small setback only made him more determined. “I put my act into hyper-development speed and within 30 days I entered the Texas Association of Magicians Stage Contest,” said MacDonald. “It’s one of the biggies. I not only won the competition, but I scored so high they gave me another award rarely given, called Best in Convention.”

His creative approach to magic has allowed him to stay focused, relevant and competitive, which is how he earned his title of #1 North American Competitive Magician, and why he swept the national convention this past July, earning:

His commitment as a magician required him to make sacrifices that have only now begun to bear significant reward. Without sufficient support from his friends, family and peers, he would not be where he is today. “I studied the concept of LEAN Manufacturing and Continuous Improvement at Whirlpool, became the team CI lead and thought, ‘why not test this out on my act?’ That’s when the real work began and improvements were exponential. I started a small group of magicians and friends to give me feedback—honest feedback.”

“The act still needed a story,” said MacDonald. “That’s when legendary magician Gene Anderson, New York director Alyce Mott and Tony Nominated production designer Tobin Ost came on board. They pushed me hard by constantly asking me ‘Why are you doing that? ‘Who are you? and my favorite, ‘Can you make something else happen?’ It was challenging, but the results of a couple of years of emails and phone calls fleshed out this bumbling ‘fish out of water’ character.” 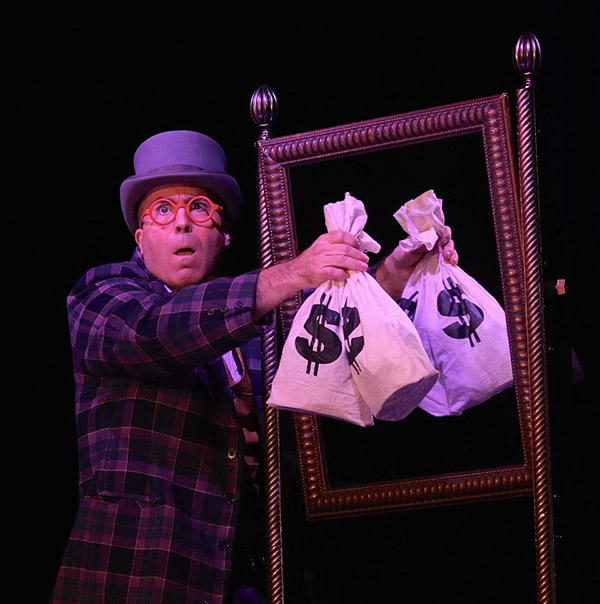 The hard work paid off, earning him a spot on a television program, pushing him to refine his act even more. “When I was booked on Penn and Teller: Fool Us, the last phase of the act began. I had three months to really improve, so I took a risk. The mirror in my act was good, but I found out that people weren’t all that fooled by it. So I ended up re-designing it entirely at the risk of messing it up and having no time to rebuild the old one. The risk paid off in spades. It fooled everyone I showed it to. Even the people who said the mirror didn’t fool them before were baffled by it. That’s when I knew I had a winning effect. The real work was to find the bits, acting, blocking and story to go with it. By this time though, I had changed the act so much and so often, the creative process was getting easier and problems were no longer problems—they were opportunities for new ideas.”

He also learned that practice makes perfect. “30 days out from the Penn and Teller taping day I decided to record my act 100 times in 30 days to improve one thing each time,” MacDonald said. “That one thing related to a percentage. If I got to 100 improvements, that would make the act 100% improved. That proved to be one of the best ideas I ever had.”

Tune in to watch MacDonald attempt to fool Penn & Teller on the CW network TV show, Penn & Teller: Fool Us Sept. 25 and Oct. 6 at 8/7pm CST. If Penn and Teller award him the coveted “Fool Us” trophy, it will confirm his position as America’s top competitive magician.