Clyde employees lead event to take back their community 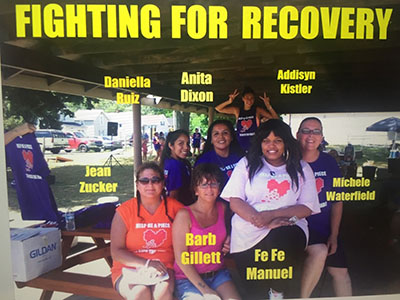 This election year, you may have heard more reports in the news about drugs. Politicians and community leaders have used the word “epidemic” to describe the widespread nature of current drug use in the U.S. Because drugs have profoundly affected their community, employees at our Clyde plant decided to take action.

The Clyde plant’s Spirit Team organized their “Kick the Habit” community event earlier this month to bring people together in the fight against drugs in Fremont, Ohio. Several hundred people showed up for the kickball and basketball tournaments, food and music celebration at Fremont’s Roger Young Park. The event highlighted the importance of physical activity, the promise of sobriety and shared inspiration through sports and fun.

“Our CIO Spirit Team did a great job coordinating with the community and City of Fremont,” said Dan O’Brien, vice president of Clyde Operations. “The event reflected the Whirlpool values we talk about each day and made me proud to be a Whirlpool employee.”

The most important part of the day-long event was to focus the community on the drug problem affecting Fremont, Clyde and the rest of Sandusky County. It emphasized education and awareness of drug addiction, while also featuring special guest speakers such as the mayor and police chief who gave their time to offer their perspectives on the epidemic. 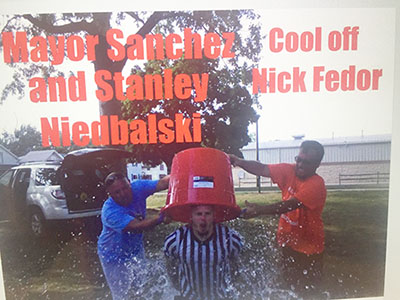 Drug abuse was something that Clyde employee FeFe Manual, production operator on Line Four, sadly knew all too well as a child. Having grown up in a drug-addicted household, Manual knew she wanted to do something to help her community tackle the problem. She came up with the idea for “Kick the Habit” and brought the idea to Nick Fedor, the Clyde plant’s on-site health coach. Together they pitched “Kick the Habit” idea to the Clyde Spirit Team. Team members Barb Gillett, Monica Lapata, Michele Waterfield, Jesse Jones and Anita Dixon all worked together to bring the event to life.

“One of the reasons I wanted to put this together is so that we can bridge the gap between the community and the family, so everyone is on the same page and there can be healing,” Manual said.

Background behind a serious problem
The drug epidemic is not just an Ohio problem, but a national crisis that is destroying families and communities. It doesn’t discriminate along the lines of age, race, wealth or location. In fact, it has become such a serious problem, the Centers for Disease Control (CDC) says drugs now kill more Americans than cars. In 1999, there were more than twice as many motor vehicle deaths as fatal drug overdoses. By 2014, those numbers had flipped, with almost 40 percent more deaths from overdoses than car crashes. In all, 29,230 people died in car accidents in 2014, while 47,055 died from a drug overdose.

According to policy makers, the opioid epidemic has become the worst drug crisis in American history. Experts say that death rates now rival those of AIDS during the 1990s, and with overdoses from heroin and other opioids now killing more than 27,000 people a year. From 2000 to 2014, the CDC reports that opioid deaths were up 369 percent, while deaths from heroin jumped 439 percent, according to CDC data.

One reason for the spike in opioid deaths has been the abuse of opioid prescriptions. Ohio, Michigan, Oklahoma and Tennessee — all where Whirlpool Corporation has major operations — are four of 12 states which had more opioid prescriptions than people in 2012, according to the CDC.

Fedor said the Whirlpool event was just one part of a vocal but determined effort to root out the problem in Sandusky County.