A Passion for Precision 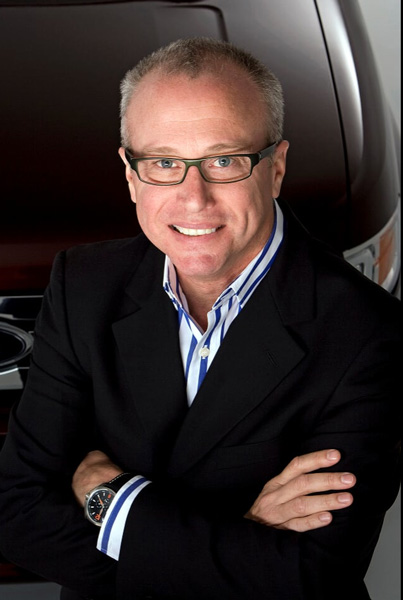 Whirlpool Corporation’s new VP of Global Consumer Design and Chief Design Officer, J Mays, spent three decades in the auto industry, including work at Audi, Volkswagen, BMW and most recently, Ford. He also advised Pixar on character design for the “Cars” animated film series and on automobile design in the film “Zootopia.” So, it isn’t surprising that he has an automobile analogy when asked about his design team philosophy.

“I always described design as sort of the emotional engine of a company,” says Mays. “These people really have passion for the customer. They also have passion for product excellence and, quite frankly, just have a passion for getting it right.”

Mays explains that there are three criteria for creating wonderful products that consumers fall in love with. “The product has to be true to the brand. It has to be differentiated from the competition. Most importantly, it has to be meaningful to the consumer. If you can hit those three criteria, and you’ve done so with conviction, you will have a winning product every single time.”

Stacking Up to the Competition

“Depending on the product segment that you’re working in, clearly you have to audit your competition and if all of them are turning left, then you want to be turning right, because that’s the area that nobody else is playing in,” says Mays. “I’m always a big advocate of owning a territory or owning a segment that no one else is playing in. Otherwise, there’s not a chance we’re going to be differentiated.”

Figuring out which space to play in involves some research. “I think you have to look at the relationship people have with the other things that they own—it doesn’t really matter what it is— but you start to kind of dissect what’s important to people,” says Mays.

Starting his first full year with the company in January, Mays is looking forward to what his team will be tackling in 2019. “We’re working on continuing the brand disruption with JennAir. We’re also going to improve communication with the rest of product development.” It’s all part of Mays’ strategy to become an outward-facing organization rather than an inward-facing one.

Craftsmanship is another major theme for the design team moving forward. “I’ve got a huge passion for precision and craftsmanship and I think most consumers, when they talk about good design, what they’re actually talking about is a properly crafted product.”

His definition of craftsmanship is simple. “Craftsmanship is an utter obsession with product excellence,” says Mays. “It’s the look of a product. It’s the feel of the product. It’s the way things sound. It’s the way things smell. If I touch the knob on a range, I want that to be a very positive experience, because that’s the handshake with the customer. That’s the first moment of truth in terms of how the consumer interacts with that product, and it better be a very high-quality handshake. Those are the kinds of things that consumers don’t talk about, but they feel it inside.”

The bar, it seems, is continually raised over time, according to Mays. “We live in a world today where consumers view products differently than they did even 10 years ago, and I always maintained that the consumer’s last best product that they bought becomes the minimum expectation for the next product that they buy, regardless of category.”

Again, it comes down to looking at products through the eyes of the consumer. “When I talked to the design team, I said, look, you’re spending money on behalf of the customer, so put it where they see it, feel it, experience it. Don’t put it underneath where nobody’s going to know what you’ve done. You want to be able to look at the consumer and say, we’ve spent your money well.”

Mays says that he’s lucky to come into the organization with such a talented design group already in place around him. “I think we’ve got a good team here, so that’s a huge positive from which to start. I think the biggest opportunity we have is to go out and be the evangelist for product excellence, be the evangelist for precision and craftsmanship, and try to communicate to the rest of the corporation the importance of that.”