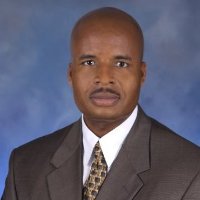 Green will join our company from Fiat Chrysler Automobiles, where he has served as vice president, and head of Vehicle Assembly, since 2014. He will report to Jim Keppler, vice president, Integrated Supply Chain and Quality.

In his new position, Green will have responsibility for the region’s fourteen plants, central manufacturing support functions, and strategic materials management. He will advance the company’s commitment to lean and continuous improvement at the plants, and will lead the evolution of the Whirlpool Production System, which will adopt the World Class Manufacturing framework, beginning in January and extending to all plants in the U.S. and Mexico.

“We are excited for Byron to join us,” said Joe Liotine, president, Whirlpool NAR. “He has all the experience needed to take our manufacturing operations to the next level and attain breakthrough performance. He’s a dynamic leader who’s achieved success in all of his previous roles, and we welcome him to our NAR operations.”

Jim Keppler agreed: “I can’t say enough about Byron, and how fortunate we are for him to join our team,” he said.

In his current role, Green is responsible for eight vehicle assembly plants across the United States and Canada, with a total team of 30,000 employees. Specifically, he is accountable for vehicle production, manufacturing engineering, advanced program planning and investment, process design, along with program management and launch activities.

Before joining Chrysler, Green spent nine years at General Motors in production-management roles. He started his career with Ford in 1989 in the company’s Manufacturing Engineering group.

Green received his master’s degree in Engineering Management/Control Systems, from University of Detroit Mercy, and his bachelor’s degree in Electrical Engineering, from the former General Motor Institute, now Kettering University, in Flint, Mich.