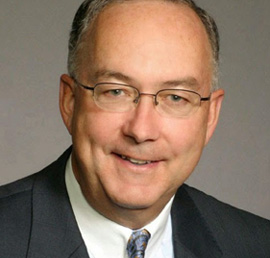 Samuel R. Allen was appointed a director of Whirlpool Corporation in June 2010. He is presiding director and chair of the corporate governance and nominating committee and a member of the human resources committee of the board of directors.

Allen is the former chairman and chief executive officer of Deere & Company. He held the position of Chairman at Deere from February 2010 until his retirement from the board of directors in May 2020. He served in the role of Chief Executive Officer from 2009 until his retirement in November 2019. Allen had been appointed president and chief operating officer of the company and a member of the Deere & Company board of directors in June 2009. Allen joined John Deere in 1975 and held positions of increasing responsibility in the Consumer Products Division, Worldwide Construction & Forestry Division, John Deere Power Systems and the Worldwide Agricultural Division, including managing operations in Latin America, China and East Asia, and Australia.

Allen holds a bachelor’s degree in industrial management from Purdue University. He serves as chairman of the Council on Competitiveness.

Allen is also a director of Dow Inc.