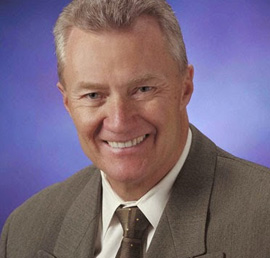 Michael F. Johnston was appointed a director of Whirlpool Corporation in October 2003. He is chairman of the human resources committee and a member of the audit committee of the board of directors.

From 1997 to April 1999, Johnston served as president, North America/Asia Pacific for Johnson Controls’ Automotive Systems Group. In this role, he had profit & loss responsibilities for a multi-billion dollar global business including directing an organization of 40,000 employees and 100 plants.

From 1989 to 1996, Johnston held the position of vice president and general manager of Johnson Controls’ automotive interiors and battery business, which included battery sales to the aftermarket. In this role, he focused on process improvement, cost reduction, dramatic quality improvements, as well as enhanced customer relationships and customer service.

Johnston also held various managerial positions at Microdot, a subsidiary of Northwest Industries. Additionally, he serves on an advisory board for Quexco Incorporated, a private holding company that recycles scrapped lead batteries into refined lead and lead products.  Johnston also serves on the boards of Armstrong Flooring, Inc. and Dover Corporation.

Johnston holds a bachelor’s degree in industrial management from the University of Massachusetts at Lowell and a master’s degree in business administration from Michigan State University’s Executive Program.